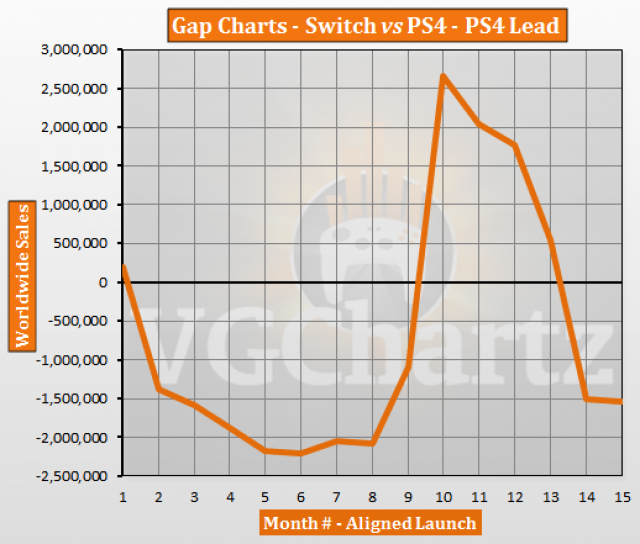 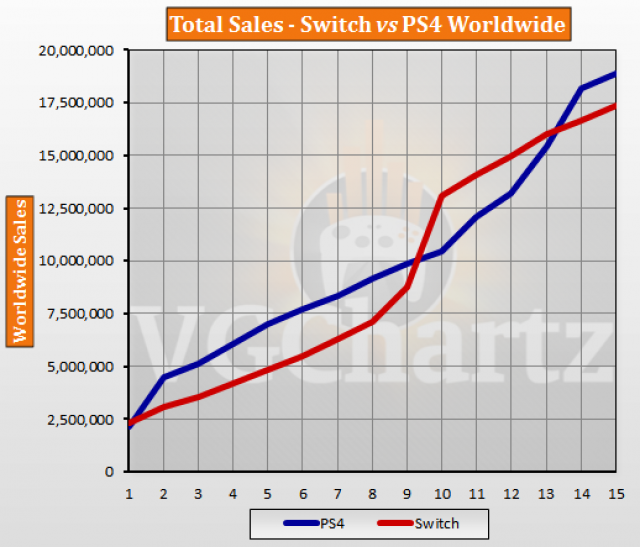 May 2018 is the 15th month that the Nintendo Switch has been available for. During the latest month the gap grew in favor of the PS4 during the same time frame by 22,396 units when compared to the Switch during the same timeframe and by 58,295 units in the last 12 months. The PlayStation 4 is currently ahead the Switch by 1.53 million units.

3DS turned 7 years old this year and was a struggling console since the start. Nintendo can keep the switch alive way longer than 5 years.

official shipments numbers have PS4 at 19.9 million after 13 months compared to 17.8 million Switch. Will be interesting to see the next update, which has PS4 at 22.3 million and Switch should be around 20 million.

Nintendo consoles are front loaded. For this reason, expect the PS4 to continue its momentum over Switch. Also since the PS4 is currently outselling the Switch I return back to original prediction of 65 million sold total.