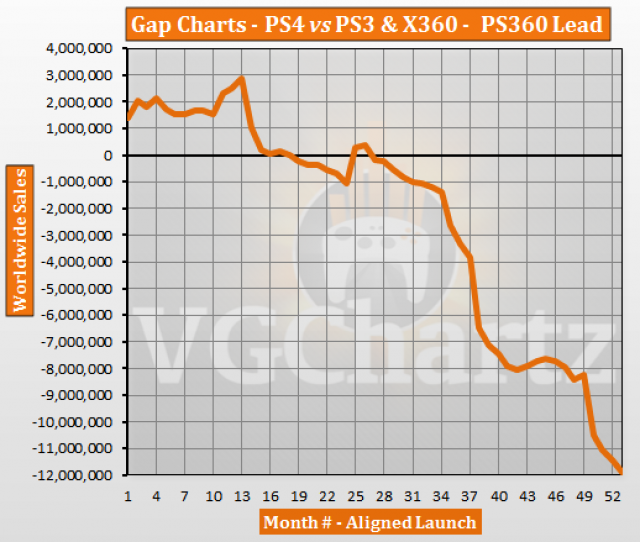 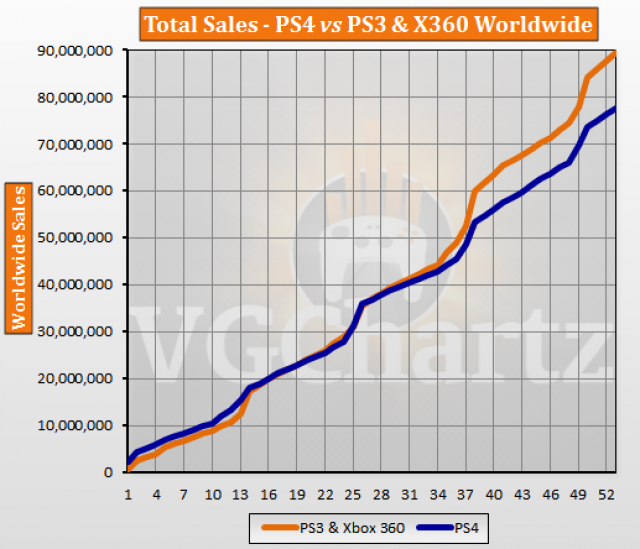 well on long term would be impossible for PS4 to keep this lead... it would need ridiculous sales over PS2 to reach it.