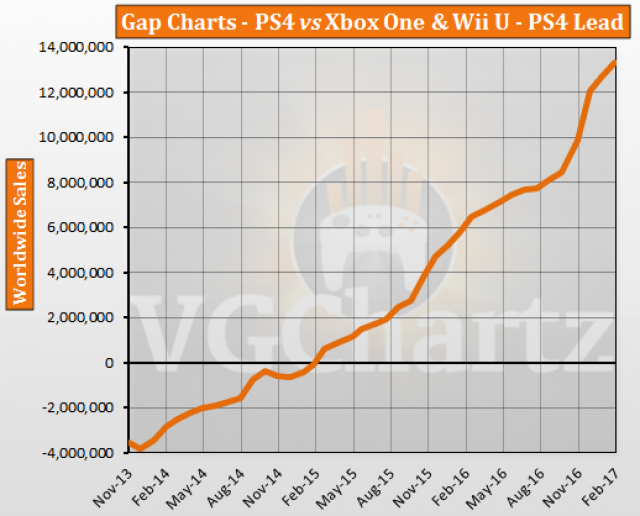 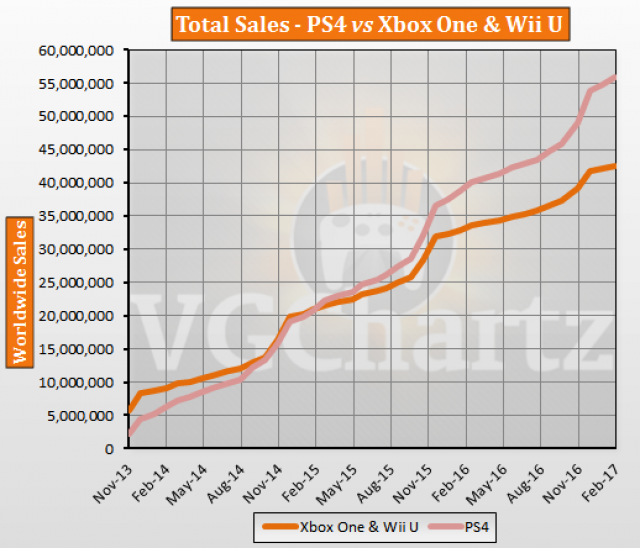 The gap has grown for 26 straight months in favor of the PlayStation 4 when compared to the combined sales of the Xbox One and Wii U. The gap in the latest month grew by 629,505 units and 7.49 million units in the last 12 months.

I can't help it. These charts crack me up.


It will be interesting to see how much better the Switch will do, compared to the WiiU.