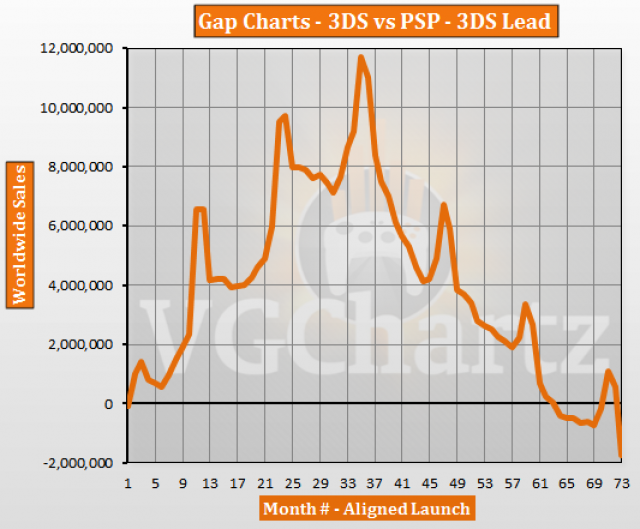 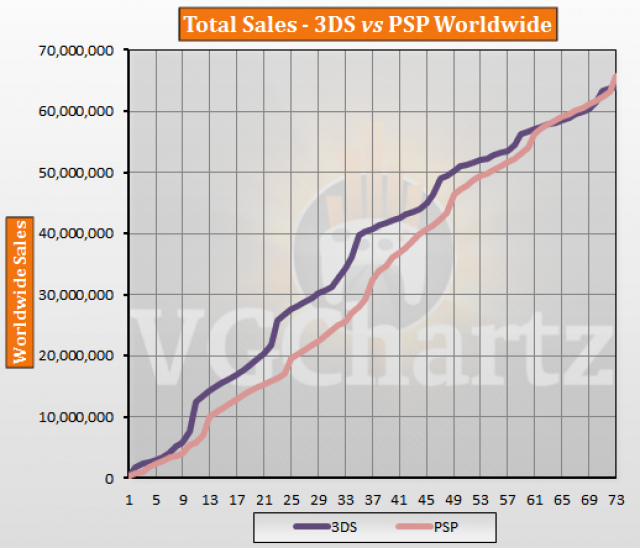 Wasnt the PSP competitor the DS?

So basically the PSP just kept going up in a nice constant path with little slop, while the 3ds started high and slowly slopped down.

Keep forgetting the PSP did well because I remember how poorly the vita did.

Also easy to forget when its rival was the second best selling platform in history. By comparison, it was a failure... But it sold as well as PS3 and 360.

Yeah. Releasing in different months explains the 3DS gaining a lot in a couple months then losing those sales in the following could months.

That's something that I had never thought anytime before ... That's the result of seeing only the chart! Stupid tak!

Nevertheless, what you say must be valid for November-December for obvious reasons! Aren't the sales among the rest months kind of equivalent?

This was a very intresting battle best one since PS360. It's a shame Sony ruined it with the Vita.