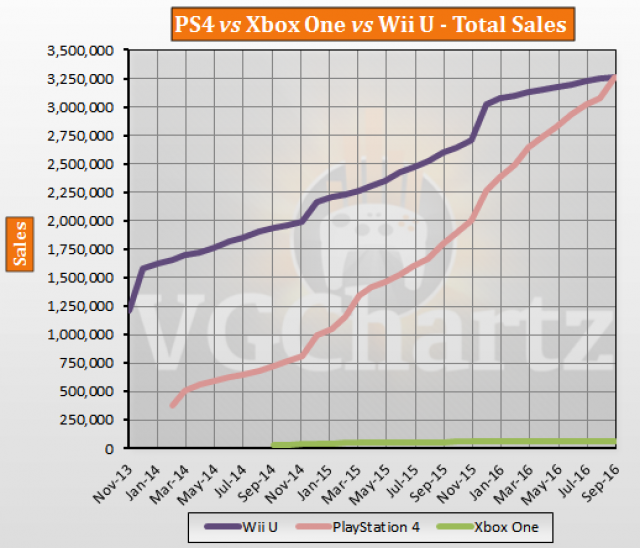 Looking at the total sales of the PlayStation 4, Xbox One and Wii U in Japan for September 2016 shows the PlayStation 4 after slowly catching up with the Wii U has quickly caught up in recent months and has now surpassed it in sales.

Taking a look at the marketshare, the PlayStation 4 has a 50 percent market share, the Wii U sits at 49 percent, and the Xbox One just one percent. 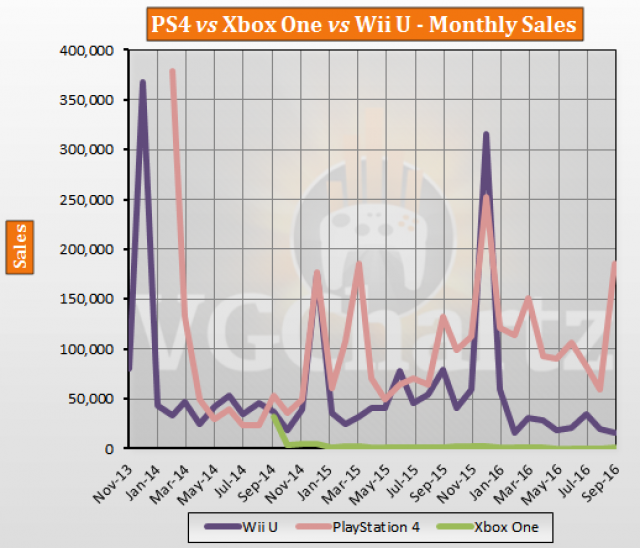 Looking at market share for the month, the PlayStation 4 managed to achieve 92 percent. The Wii U accounted for 8 percent of the consoles sold, and the Xbox One accounted for less than one percent.

That XB1 line though... It's like a sad hospital death scene in a movie lol

The month the PS4 finally passed the Wii U.