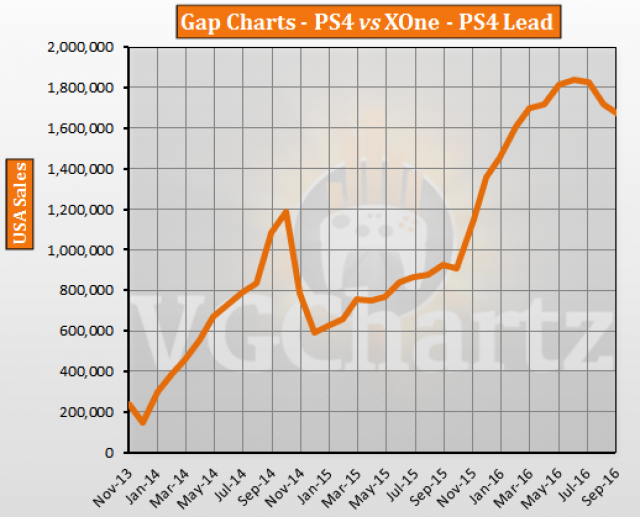 15 million added onto PS4 tally will take it to 60 million. The PS4 will sell heaps of systems over the final 10 weeks of the year including Xmas sales period that will boost its sales to record heights.

I feel like the gap will get smaller over this holiday

With the Pro's release? Definitely not.