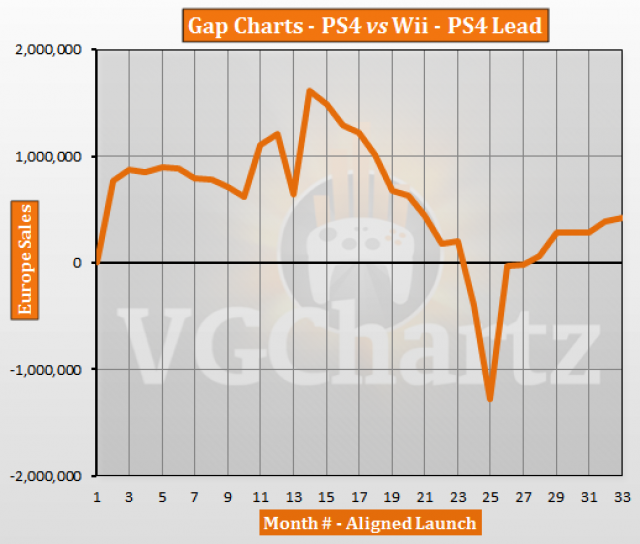 A PS4 /Wii comparison in Japan would be welcome.

Why not global sales...?

They have that one too.

Europe is an interesting place to compare, because it's the region where Wii and PS4 sales are the closest. In NA, it's going to take a long time for the PS4 to catch the Wii, and home console sales are traditionally low and slow in Japan.

Go the PS4, the best system of all time!