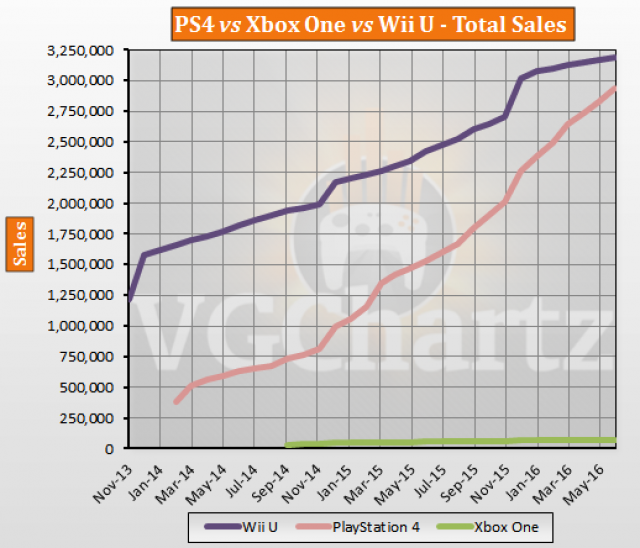 Taking a look at the marketshare, the Wii U has a 52 percent market share, the PlayStation 4 sits at 47 percent, and the Xbox One just one percent. 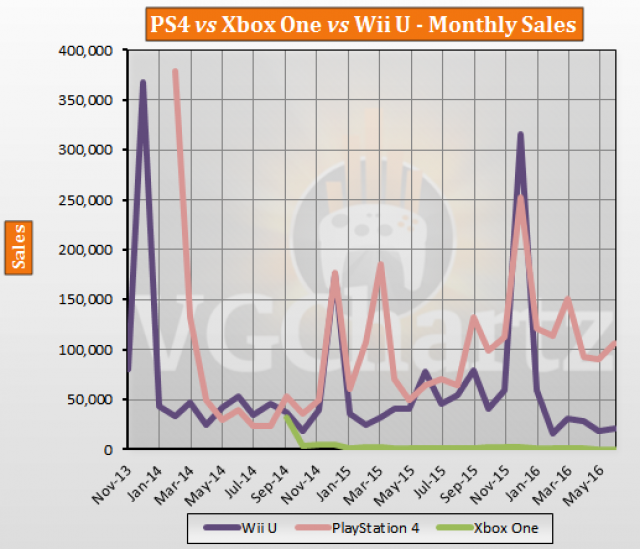 Looking at market share for the month, the PlayStation 4 managed to achieve a massive 83 percent. The Wii U accounted for 17 percent of the consoles sold, and the Xbox One accounted for less than one percent.

I think it's hilarious how long it's taken Sony to catch...wait they still haven't caught the Wii U. I know the Wii U has been out longer, but it's crushing it everywhere BUT Japan. It's taken 3 long years to get within 300,000 units. While the Wii U has only sold just over 13 million worldwide, the PS4 close to 42 million. That shows Nintendo is still solid in Japan.