The Pokémon spin-off fighting game - Pokken Tournament - sold 358,721 units first week worldwide at retail on the Wii U, according to our estimates, which can be viewed on the VGChartz Global Weekly Chart for the week ending March 19th. 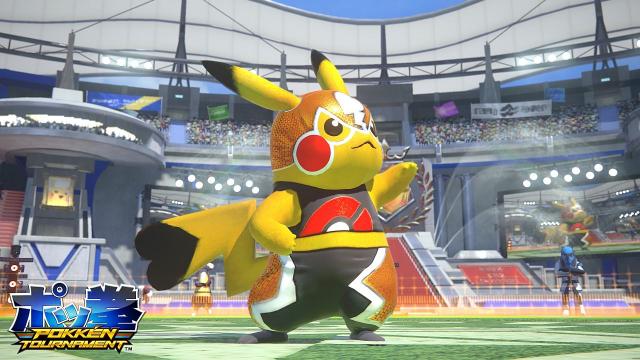 Not bad for a spin-off on the Wii U.

What did Twilight Princess HD do worldwide?

Not bad. Expect this game to be another 01 million seller for the WiiU

I was hoping it would sell more. But I guess the bad roster is what is screwing it.

its a Pokemon meeting Street Fighter sort of game.... sort of strange when you really think about it, like hard to see turned based RPG fans magically love something totally unrelated

Also when you think about it there's not THAT much to this game, less than other fighters out there. a roster of like 10 Pokemon is kind of weak. if this had like 50 of the original Pokemon in it it would have been much more hyped, small roster = eh

It has 16 fighters, which is a perfectly adequate roster for the first in a series. Plus there are 30 support Pokemon to spice it up. 19 stages, a substantial though fairly straightforward campaign plus a basic arcade mode, online ranked battles, and local multiplayer with customization options are all here plus a crap ton of unlockable bits and bobs and a really extensive training mode. What hurts it is really that the genre is dominated by veterans that make its roster seem more inadequate than it is. But all in all, the sales aren't that bad. Not far off what most Pokemon spinoffs do. It will probably cross a million but not 2mil. As for why this would appeal, it's Pokemon battling in glorious HD :P

I'm prepped for downvotes, but the roster isn't bad. You cannot, PERIOD, expect more than say 20 characters in a first-in-franchise fighter, especially not in the 8th generation with development costs so high.

The only roster complaints that are valid are the complaints of Gen 1 majority - even that's understandable since the point of this game is to get old fans who probably haven't played since Gen 2 back into the games, but it's at least valid. Wanting a larger roster in a fighting game with unique characters is ridiculous though if one knows anything about how much time goes into these games. (If it were a Tenkaichi/Ninja Storm game, with mostly clones, yeah sure they could hit 50.)

What the hell? I thought people would be all over this? I hope it has legs. :/

I don't think most people even know it exists...I haven't seen any ads for it.

I'm sure a lot of the Pokemon fanbase is aware but turn based RPG's are about as far away from deathmatch fighting games as you can get......

not that amazing but not bad, naturally it sort of fills an awkward spot as its a fighting game with Pokemon. I am not so sure how turn based RPG fans adjust to Tekken like fights haha