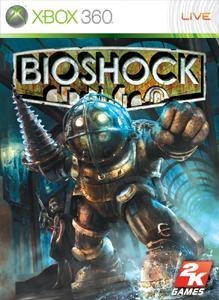 Atlas Fontaine, the the final Boss, has three different styles of attacks: Flame Plasmid, Ice Plasmid, and Electric Plasmid Form. An easy way to defeat him in the first part is to use your Ice Plasmid and freeze him. Then, switch to your Telekinesis Plasmid. Grab an explosive tank, and throw it at him. Also, if desired, just use your telekinesis. He is very predictable if you are far away from him. Wait for him to throw a fire ball at you, then move out of the way. He will continue to run past you. Use this chance to fire the machine gun, which does the most damage to him. Once he goes back to his chamber to gain his life back, change to the Flame Plasmid, and get ready for some bots. Once he starts his routine of fire and run, shoot him with the Flame Plasmid as many times as possible. Continue to use the machine gun while he is aflame. He will now go back to his chamber one last time. He will now have electrical powers. Keep your Flame Plasmid ready. Shoot him with the Flame Plasmid, and he will run for the water. Once he jumps in the water and comes back out, hit him with it again. Be aware that there are Splicers all over as well; set them ablaze to get some extra life. There are many different ways to defeat him, but this is an easier way.

An easy way to defeat Atlas Fontaine is to make sure that you have the fully upgraded shotgun and the Decoy ability. After you drain his Adam, drop a decoy and while Atlas is attacking it, use the shot gun. After you have used all four rounds immediately cast Decoy again, reload your shotgun, then begin shooting him again. Repeat this until you have to drain his Adam. Once again, reload your shotgun and Plasmids before you drain his Adam. Then, start over using Decoy and the shotgun. Use health packs as needed and ignore any Splicers in the area, as they will be paying attention to your Decoy just like Atlas.