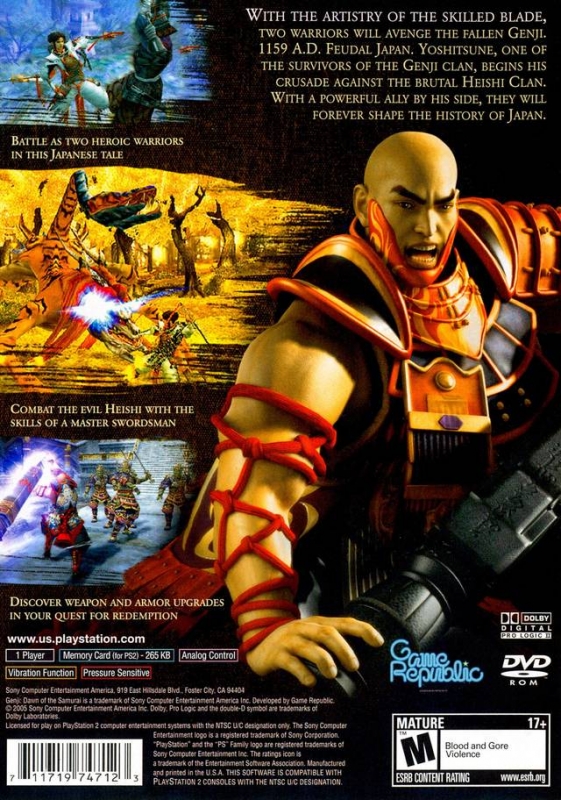 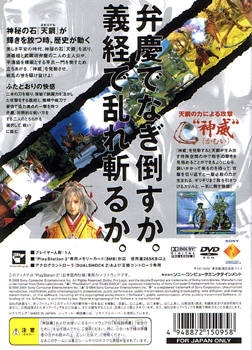 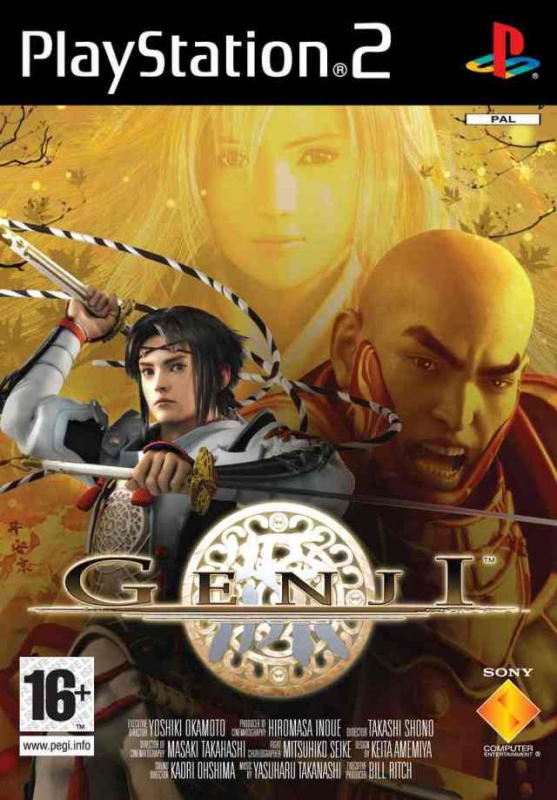 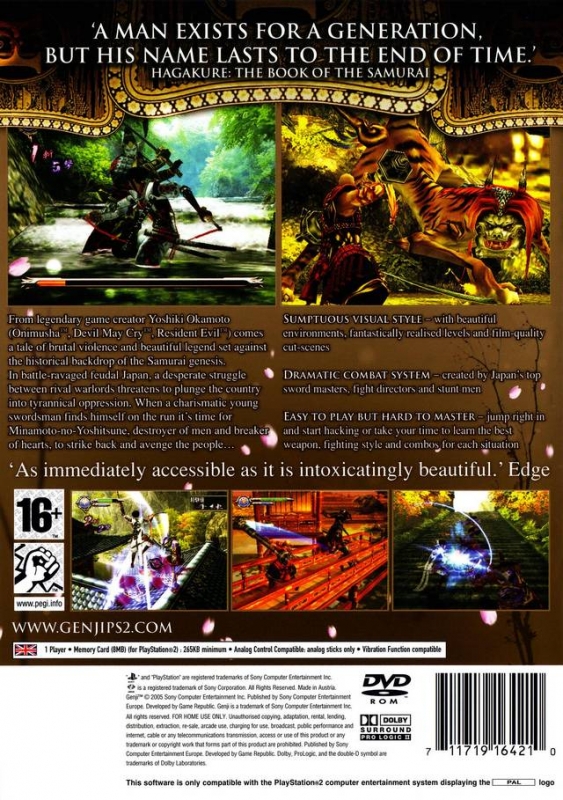 Genji: Dawn of the Samurai (PS2)

Genji: Dawn of the Samurai™ is a historic samurai adventure set in feudal Japan.  A brutal samurai clan armed with powerful mythical stones has destroyed all other clans and now violently rules the country.  As Yoshitune, a cunning swordsman and one of the few surviving decendants of the Genji clan, you embark on an epic adventure to restore peace to Japan and avenge your clan.  With swords in hand and the aide of a powerful ally, you wage war against an ambitious rule, skilled swordsmen, vicious demons and a world rife with evil.  The dawn of the samurai has arrived.