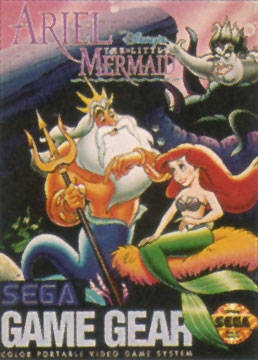 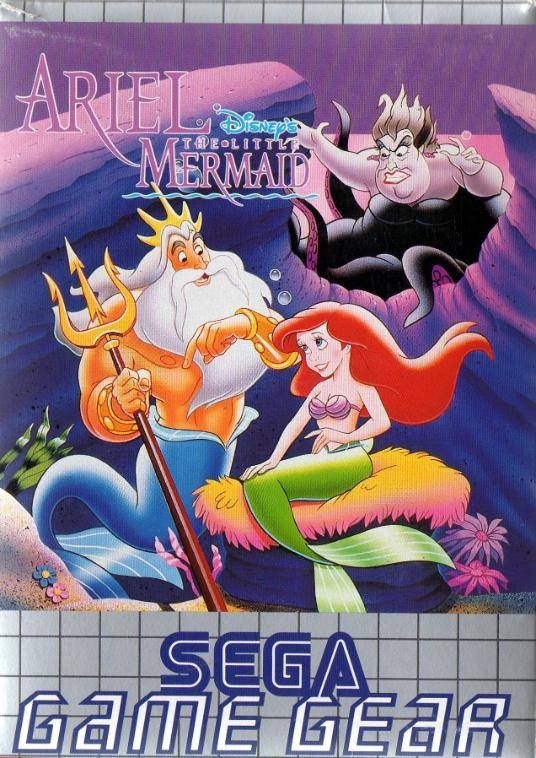 In Ariel: Disney's The Little Mermaid, you control either Ariel the mermaid or her father, King Triton. In Ariel's adventure, Triton has been kidnapped, and vice versa for the Triton version. To help you make your way through the four stages, you have the ability to call upon friends like Sebastian the crab, Flounder, and the digger-fish. You can also collect pearls and buy things from Scuttle the seagull. You'll fight such bosses as the Lava Monster, the Shark Boss, and the Medusa. Your final confrontation is against Ursula herself. Only by defeating her can you rescue your beloved family member. Ursula the Sea Witch is up to her evil tricks again. With plans to rule the Merkingdom, she's turning the merpeople under the reign of King Triton into pathetic little polyps. At the same time, she has bewitched peaceful sea creatures, turning them malevolent. But perhaps worst of all, she has abducted a member of the royal family!