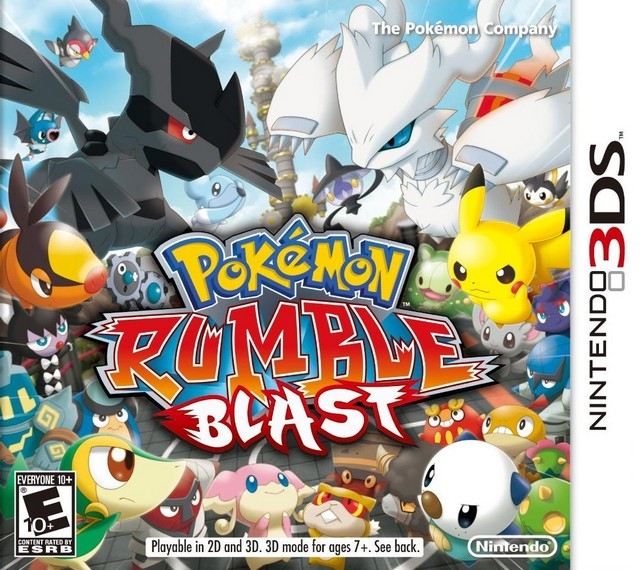 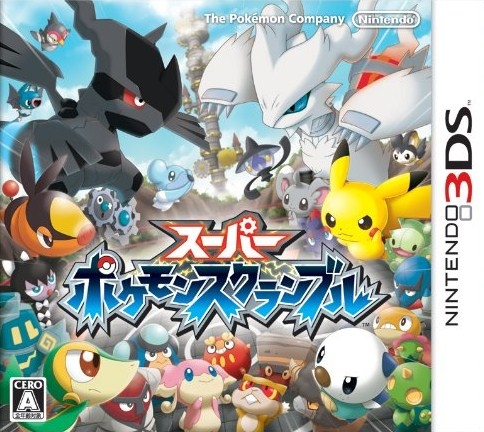 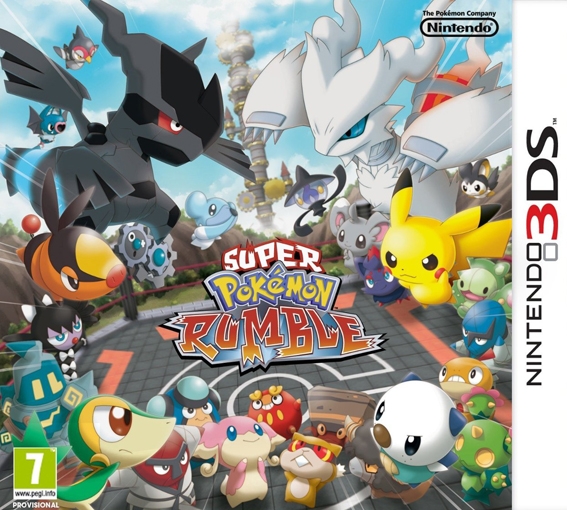 Pokémon Rumble Blast, the first Pokémon game created exclusively for the Nintendo 3DS™ system, is an action-packed Pokémon adventure in 3D! Battle against waves of opponents, connect and play with friends, and collect more than 600 different Toy Pokémon!

As you advance through each stage in Pokémon Rumble Blast, your Toy Pokémon will face dozens of Pokémon at once in fast and furious real-time battles! You’ll also run into giant Boss Pokémon, whose massive size and strength will make them especially tough to defeat—and who can become powerful allies if you’re lucky!

Pokémon Rumble Blast lets you connect wirelessly with your friends in two ways. You can use a local wireless connection to launch cooperative play mode, where you can team up to battle through levels and befriend defeated Toy Pokémon more easily. Or, you can use the StreetPass™ feature of the Nintendo 3DS system to challenge the Toy Pokémon collections of nearby players and to view other players’ Mii™ characters in your game.

You can collect more than 600 kinds of Toy Pokémon in Pokémon Rumble Blast, including those from the recently released Pokémon Black Version and Pokémon White Version games. Switch between the various Toy Pokémon you collect to discover the strengths and weaknesses of each Pokémon. Plus, some of the Pokémon you befriend will have special stats and abilities!