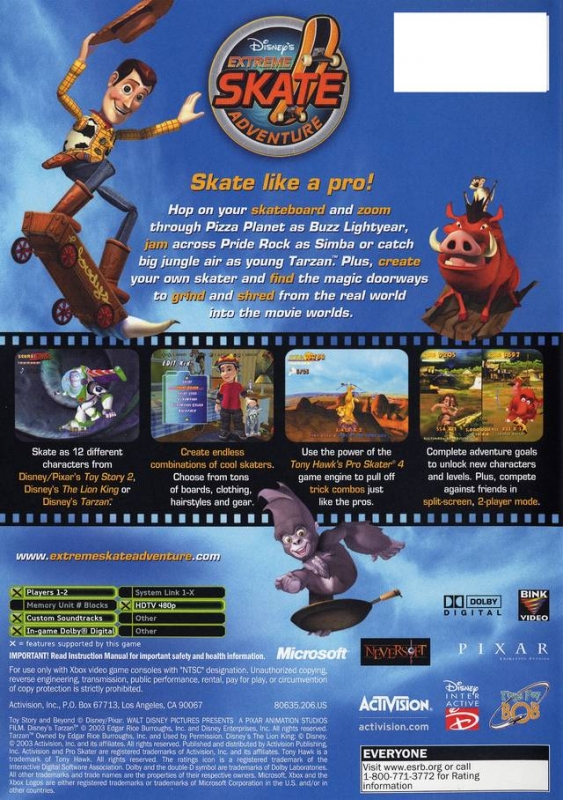 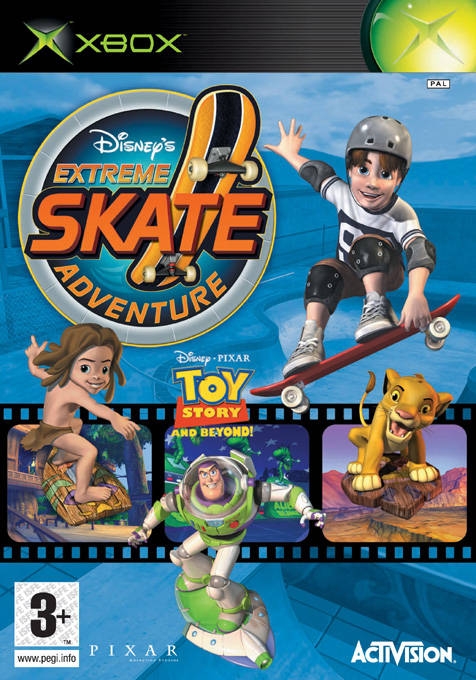 In Disney's Extreme Skate Adventure™, everyone's favorite movie characters are hopping on their skateboards and taking it to the streets.

Do ollies through the world of Disney's The Lion King, catch big air in the jungle of Disney's Tarzan™, and become a rail-grinding Woody in Walt Disney Pictures' presentation of Pixar Animation Studios' Toy Story 2.

Incorporating Activision's powerful Tony Hawk's Pro Skater™ 4 game engine, Disney's Extreme Skate Adventure is the only game that allows you to test your skateboarding skills in such large and imaginative worlds. With Disney's Extreme Skate Adventure, you can perform skating tricks just like the pros, but as your own unique Create-a-Skater kid or favorite character. You can even use non-traditional boards, like bamboo rafts and frying pans, and solve puzzles along the way.