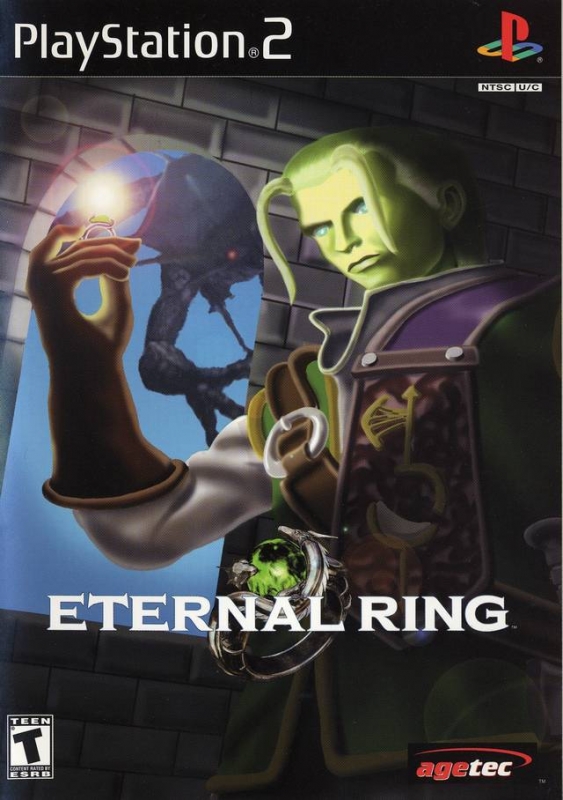 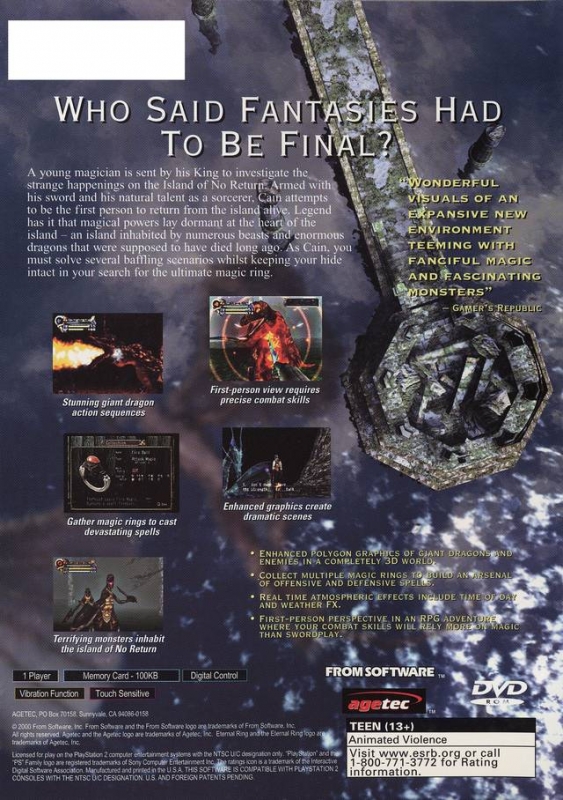 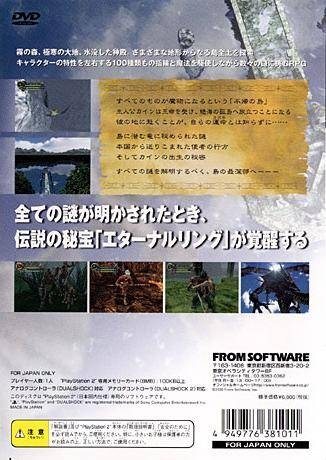 A young magician is sent by his King to investigate the strange happenings on the Island of No Return. Armed with his sword and his natural talent as a sorcerer, Cain attempts to be the first person to return from the island alive. Legend has it that magical powers are at rest on this island. It is inhabited by numerous beasts, enormous dragons and magical items that were supposed to be buried long ago. As Cain, the player must solve several baffling scenarios whilst keeping his hide intact in his search for the ultimate magic ring.

- Enhanced polygon graphics of giant dragons and enemies in a completely 3D world.
- Real-time atmospheric effects include time of day and weather FX.
- Collect multiple magic rings to build an arsenal of offensive and defensive spells.
- First-person perspective in an RPG adventure where your combat skills will rely more on magic than swordplay.