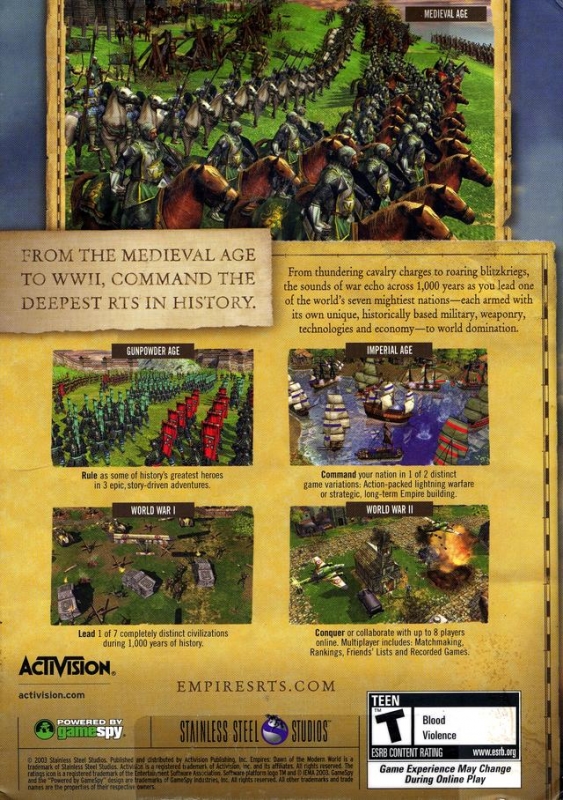 A real-time strategy game of epic scope and breadth, Empires: Dawn of the Modern World spans five eras including the Medieval Age, the Gunpowder Age, the Imperial Age, World War I and World War II across seven civilizations from England/UK, China, Korea and The Franks/France, to Germany, Russia and the U.S. Players lead their nation in battles on land, sea and air utilizing the weapons and strategies from each timeframe, from longbows and charging knights in early incursions to deploying Tiger Tanks and stealthy submarines in the modern era.