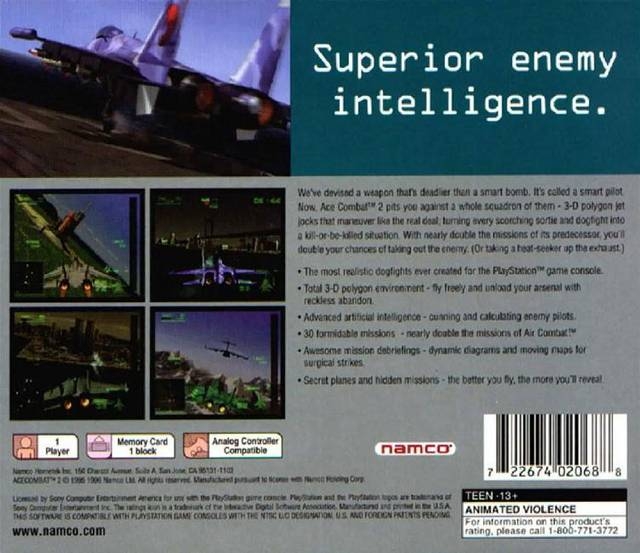 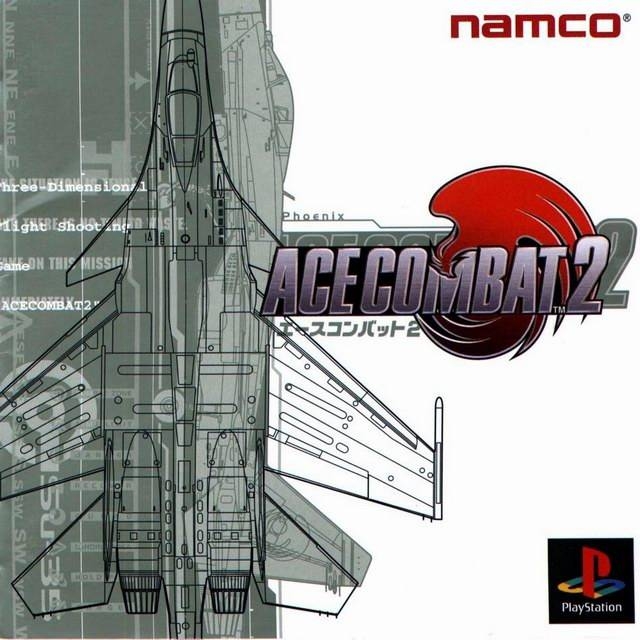 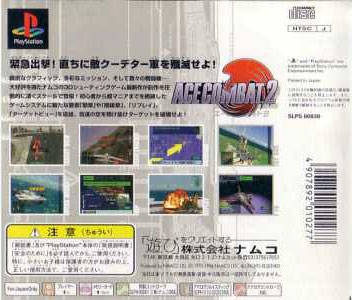 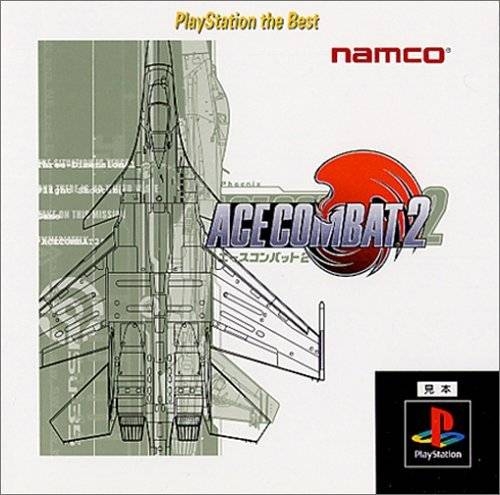 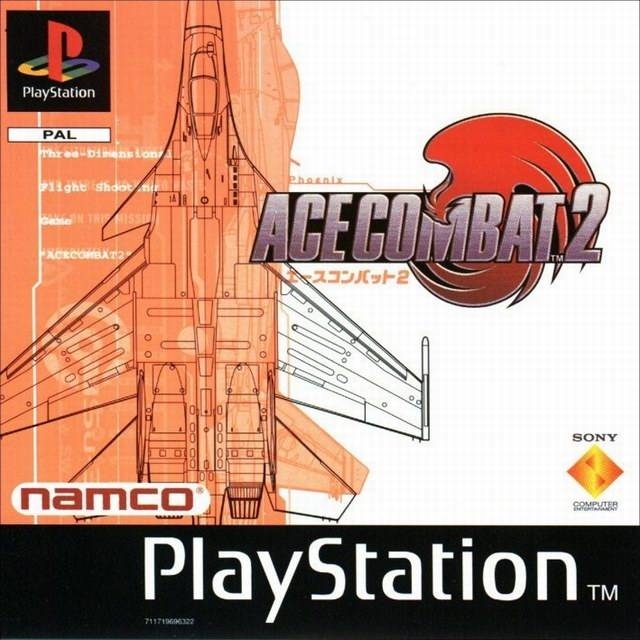 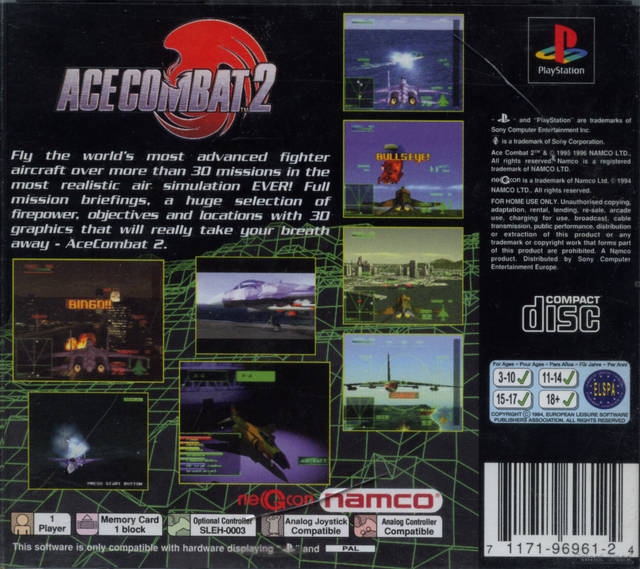 We've devised a weapon that's deadlier than a smart bomb. It's called a smart pilot. Now, Ace Combat 2 pits you against a whole squadron of them - 3-D polygon jet jocks that maneuver like the real deal, turning every scorchign softie and dogfight into a kill-or-be-killed situation. With nearly double the missions of it's predecessor, you'll double your chances of taking out the enemy. (Or taking a heat-seeker up the exhaust).