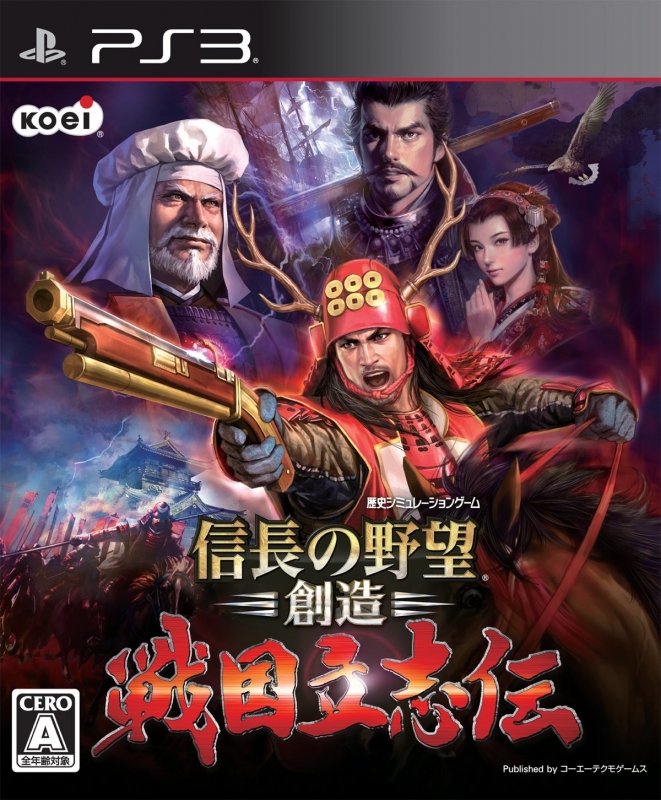 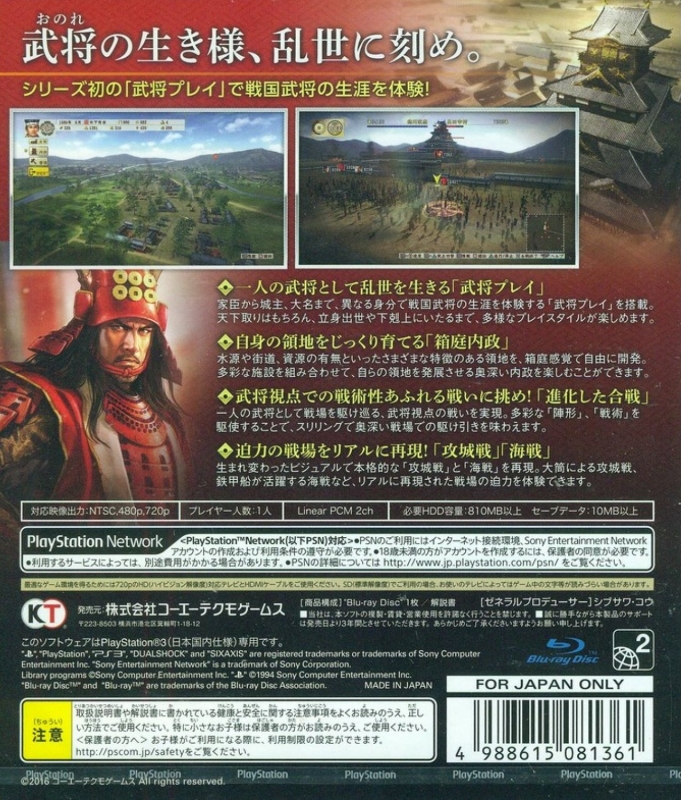 New to the NOBUNAGA's AMBITION series! Long-awaited by fans, "Officer Play" has been realized! Advance in status and position. Overthrow your superiors. Experience the reality of living in the Warring States period!
From mere retainer to Castle Lord or even Daimyō
Officer Play
A series first! We have added "Officer Play", where players experience the life of a Warring States officer advancing from retainer to Castle Lord and then on to Daimyō. Enjoy a variety of play styles. Conquer the land, advance in status and position, or overthrow your superiors. The choice is yours.

Experience civil development and battles as an officer. Climb the ranks among your people, or receive offers to join other clans depending on your contributions. Experience advancing in status and position in the Warring States period.

Officers are given a domain to rule over, according to their station.
Drive back enemies that invade, and listen to the people of your domain as you develop it.
In the beginning, your domain will be small while your station is low. However, by carrying out your Lord's orders and gaining honor, eventually you will climb the ranks to become lord of the castle, putting you in charge of civil development on an even larger scale.

Command your soldiers and rush through the battlefield.
Evolved Battle

With this release, you can now play as a retainer. As a single officer, you can command your soldiers and rush through the battlefield, adding a new perspective to battle.
Control units at your beck and call. Use various formations, and make use of actions such as charging by soldier type. In the midst of a quick-paced battlefield, you can experience the strategy of deep, thrilling battlefields.
We have added a new "Combat Quest" system, allowing various missions to occur during battle. Battles will change in real-time depending on the results of these missions, allowing for even more dramatic battles.

Recreate a battlefield that is even more realistic and diverse!
Introducing full-scale "Siege Battles" and "Naval Battles"

Requested by many in our last release, you can now enjoy full-scale siege and naval battles.
Experience the reality of battle even further with siege battles. Use tunnels and cannons. Hole up in your castle and eye your enemy's provisions. Achieve various castle siege strategies used in the Warring States period.
In addition, we bring even more spark to the battles with a plentiful variation of castles to host these sieges.

We have included Scenario and Event battles. Experience the Siege of Ōsaka, the last and largest battle of the Warring States period, as well as the episode of the enormously popular Yukimura Sanada, whom took part in the battle.
Also, the designs of Ōsaka Castle and Sanada Keep have been realistically reproduced, and the graphics of the related officers' faces have been re-drawn. Enjoy the Siege of Ōsaka in terms of both its structure and graphics.