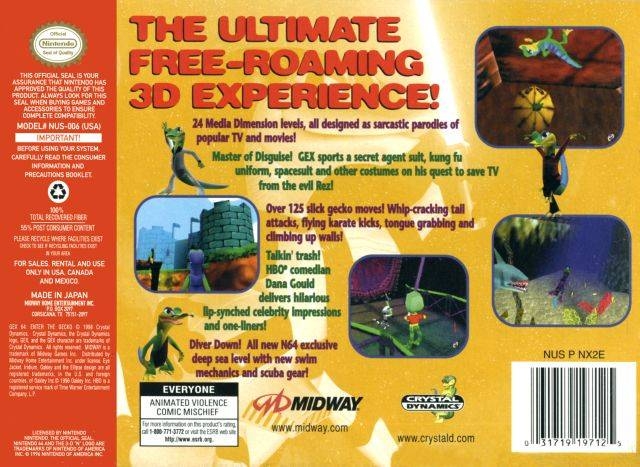 One day, Gex was watching his TV when it suddenly went blank. The screen then began to flash a familiar face, over an over again, the face was that of Rez. The next thing Gex knows, two government agents show up at his side requesting Gex's help. Gex denies, saying he's already saved the universe once. One of the agents then beats Gex over the head with a crowbar knocking him unconscious.

When Gex wakes up he realizes he is in an interrogation room. The two agents ask him what he knows about Rez, Gex tells them everything. Once again they ask for his help. After some persuasion Gex finally agrees to help.

As Gex leaves the building a beautiful female agent walks up to him and introduces herself as "Agent Xtra", she wishes him good luck and leaves. Gex then leaves to the Media Dimension.