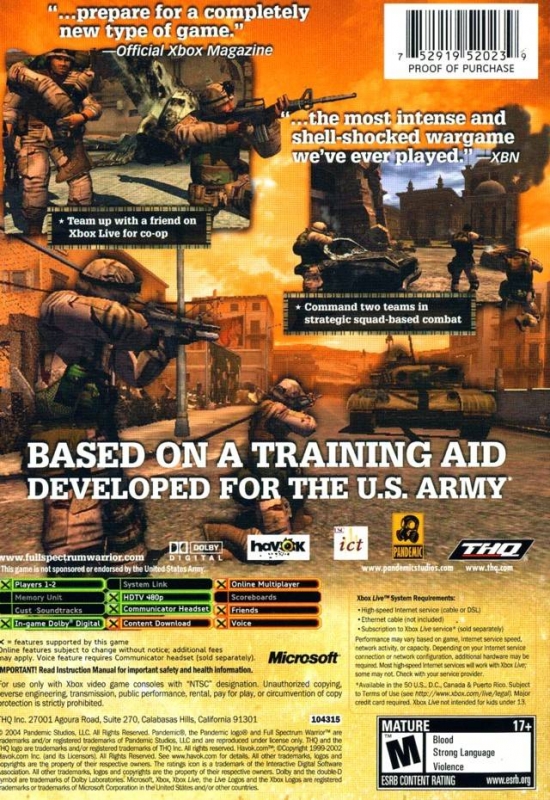 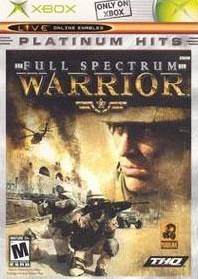 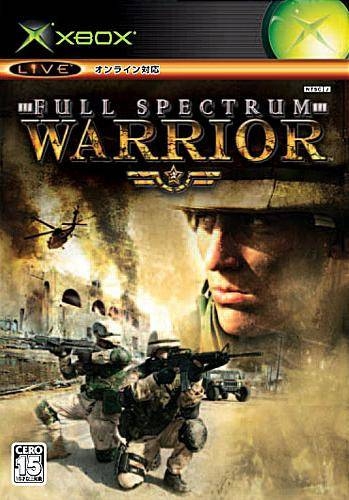 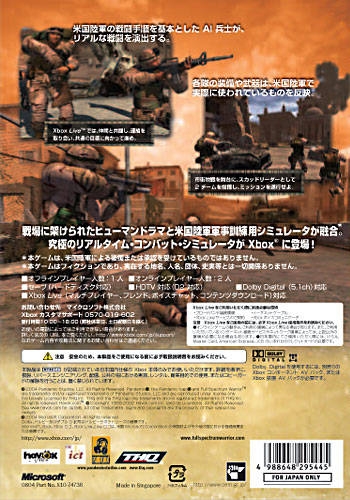 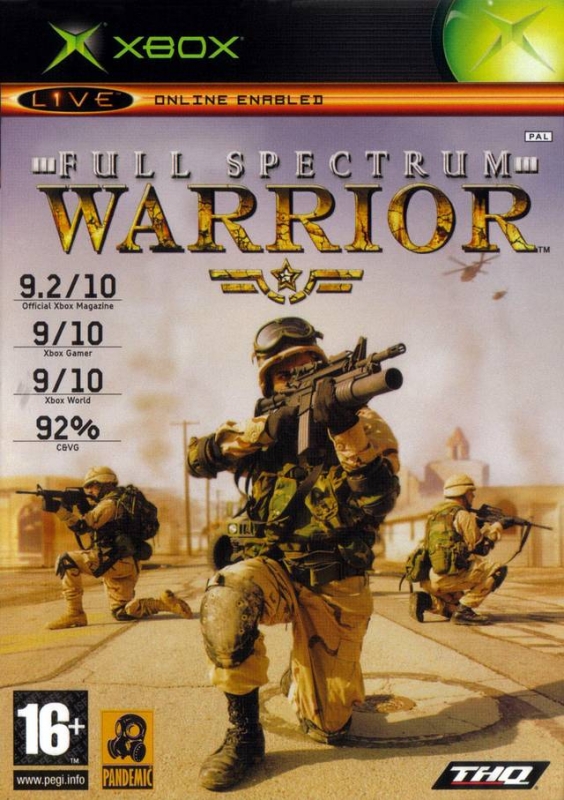 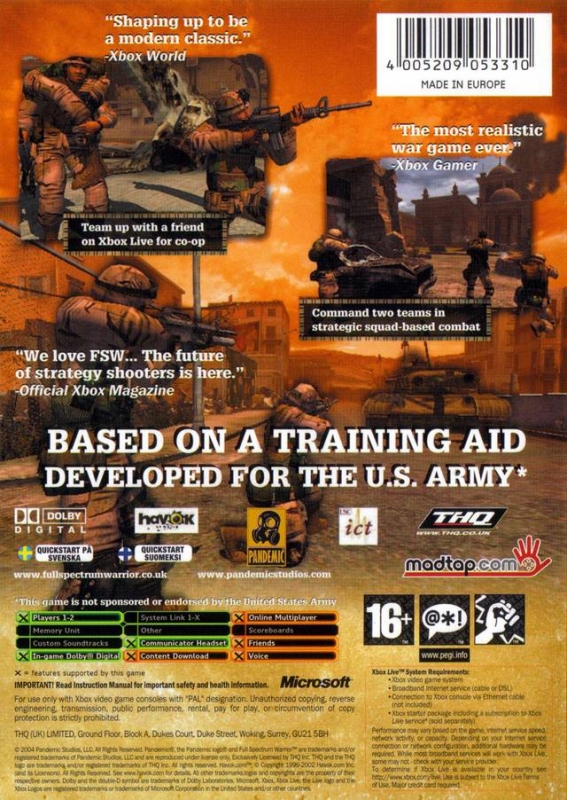 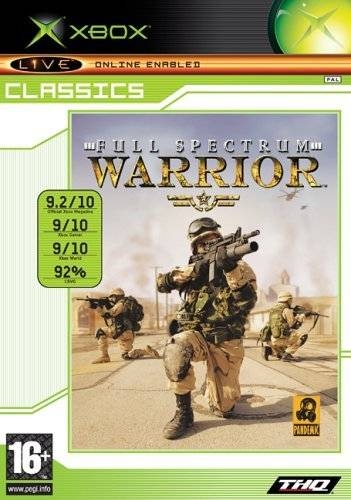 Based on a Training Aid developed for the U.S. Army*, Full Spectrum Warrior is a squad-based, real-time combat game that allows players to experience the intensity and gritty realism of urban warfare. As Squad Leader, take command and coordinate the actions of two infantry squads (Alpha and Bravo), leading them through a hostile urban warzone. An intuitive control scheme allows you to control up to eight soldiers in real-time as you outthink, outmaneuver and outgun enemies through 13 levels of intense combat. Featuring advanced AI, your squad will act like a highly trained infantry unit - with team members reactively responding to situations based on combat training and taking the appropriate formations based on combat situations. Learn and implement authentic combat tactics, battling enemies with an explosive arsenal of authentic weaponry and equipment. Go Online and team up with a friend for 2 Player Co-Op.

* This game is not sponsored or endorsed by the United States Army.

* Gameplay based on the real-life Combat Infantry Doctrine and MOUT Combat Strategy, players will learn to utilize real-world combat tactics to command their Infantry squads.