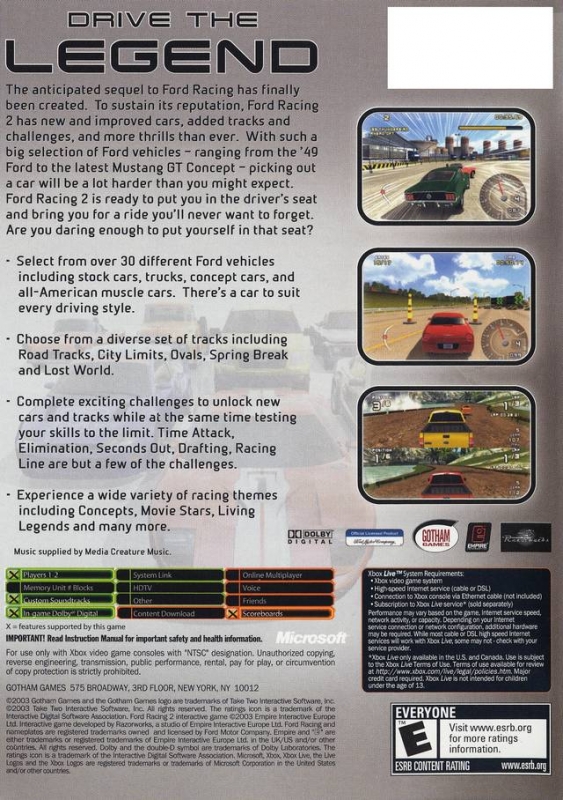 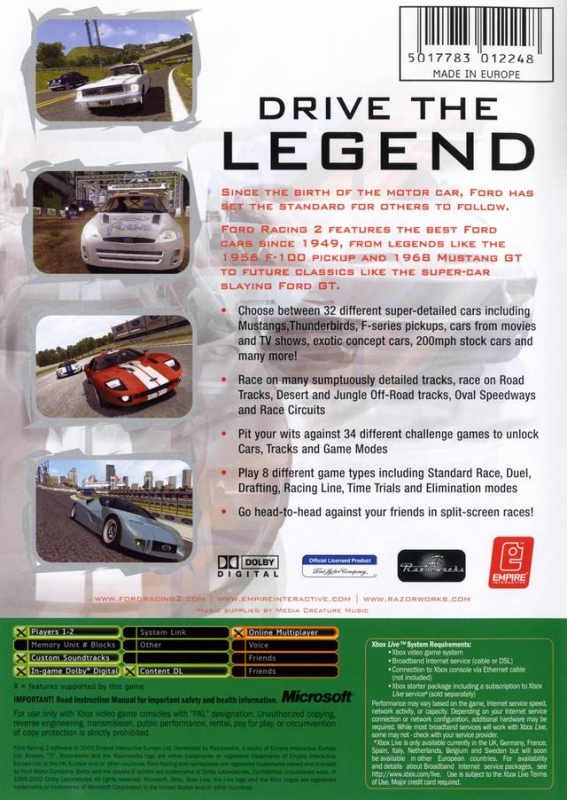 Ford is without a doubt one of the biggest and most famous brands in the world. With the Ford brand comes one of the biggest and most famous product ranges ever. Ford Racing Evolution takes this amazing range of vehicles, from the 1968 Mustang to the latest Mustang GT Concept car. If you know about the cars, the racing or the famous Blue Oval - then you deserve to take control and have the drive of your life!

Gameplay:
Since the birth of the motor car, Ford has set the standard for others to follow. Ford Racing 2 features the best Ford cars since 1949, from legends like the 1956 F-100 pickup and 1968 Mustang GT to future classics like the super-car slaying Ford GT.