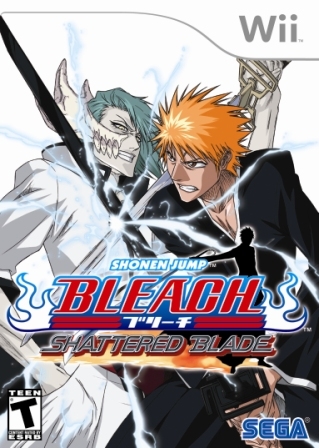 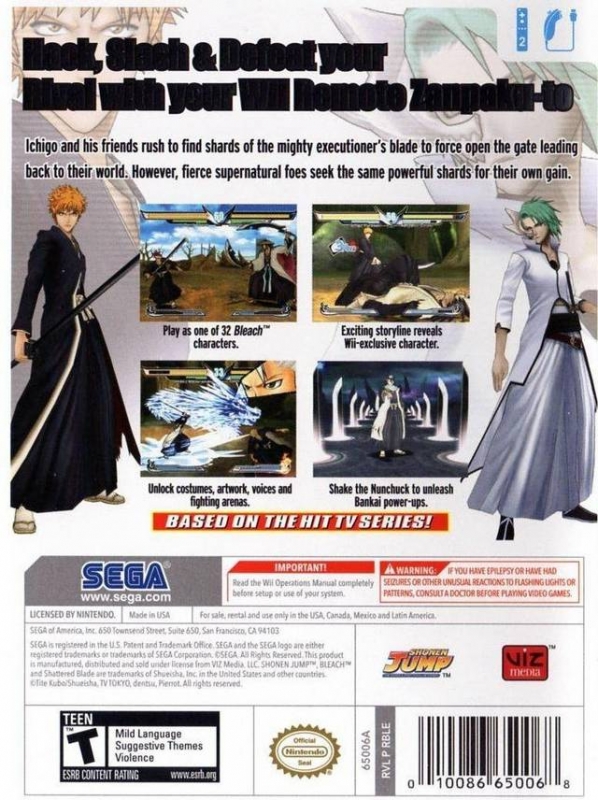 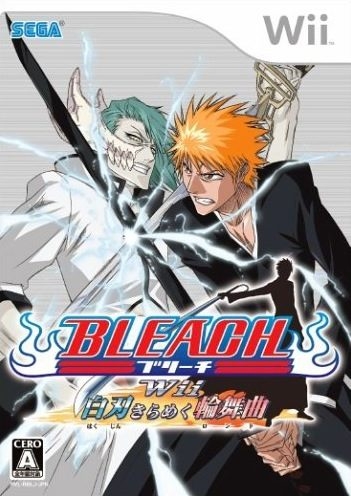 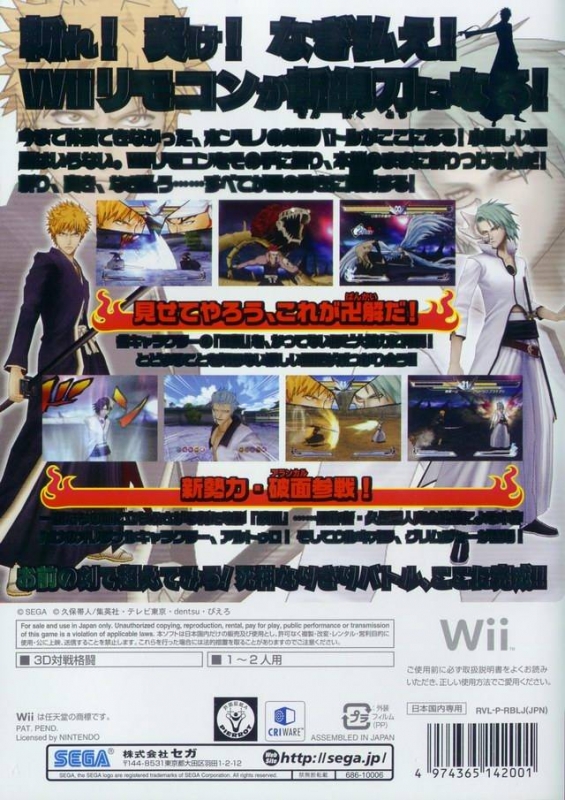 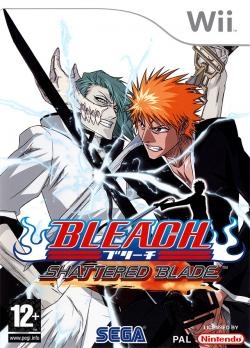 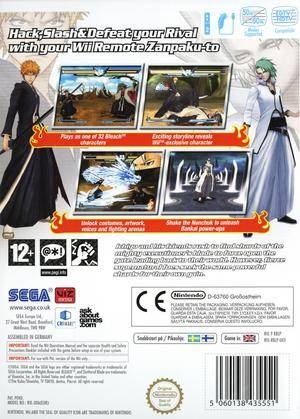 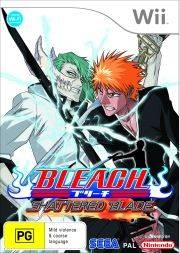 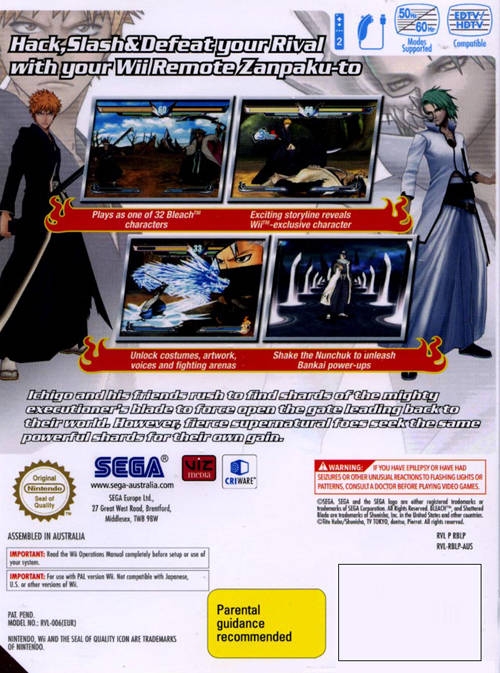 The award-winning Bleach anime series, currently featured on Cartoon Network’s Adult Swim, is now available on Wii™! As the highly-anticipated second TV season launches, you’ll experience the action of Bleach firsthand, slashing, jabbing, swiping and lunging with the Wii Remote™ as your very own Zanpakuto.

Bleach: Shattered Blade follows the life of a 15-year-old boy who is able to see spirits and discovers he has supernatural powers. Playing as one of your favorite 28 characters from the series, you will master their special attacks, Bankai transformations and Zanpakutos as you battle a wide variety of opponents in a twisting storyline filled with surprises.

* Go head-to-head in 3D arenas. Experience a full range of movement as you square off with an opponent in 3D environments based on settings from the series.

* Large cast of popular characters. All 32 characters have Bankai transformations and Zanpakutos and are voiced by the actors from the anime series.

*Exclusive storyline with eight episodes. As you progress through the storyline created especially for Wii, you'll unlock new characters which add a whole new dimension to the gameplay.