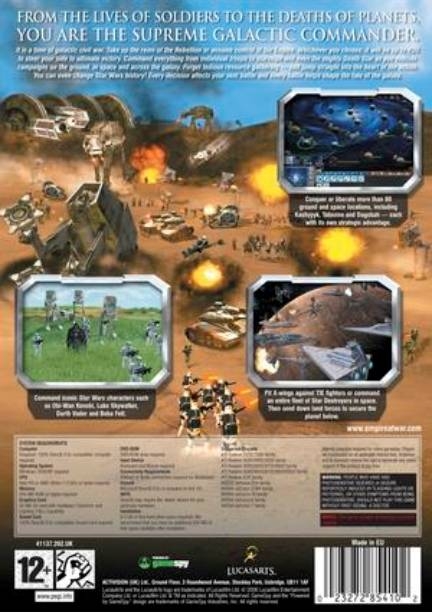 Star Wars: Empire at War is a real-time strategy game released in February 2006. It focuses on the fictional struggle between the Empire and the Rebels that begins in the time frame between Episode III and Episode IV. It was developed by Petroglyph, a company comprising many former members of Westwood Studios, best known for their work on the Command & Conquer series.