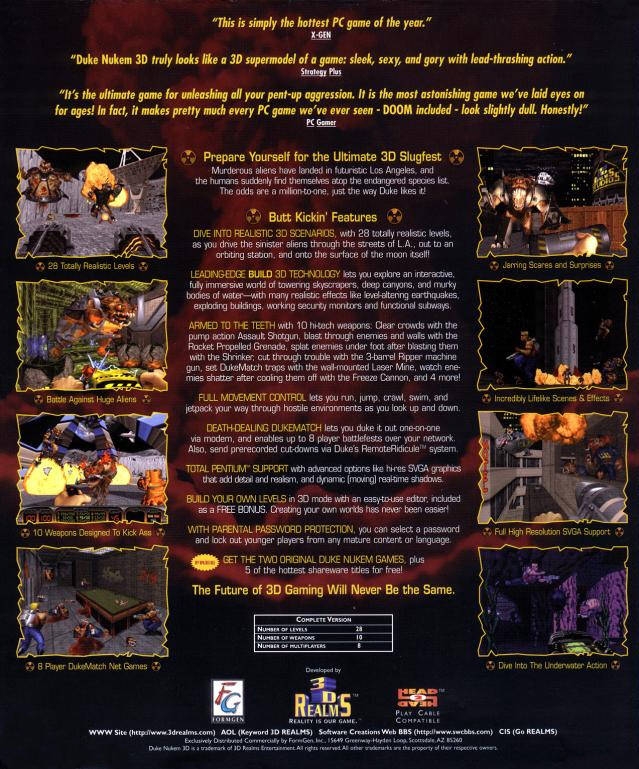 Prepare yourself for the ultimate 3D Slugfest. Murderous aliens have landed in futuristic Los Angeles, and the humans suddenly find themselves atop the endangered species list. The odds are a million-to-one. Just the way Duke likes it. Dive into realistic 3D scenarios, with 28 totally realistic levels, as you drive the sinister aliens through the streets of LA, out to an orbiting station, and onto the surface of the moon itself! An you'll be armed to the teeth with 10 hi-tech weapons. Clear crowds with the pump action Assault Shotgun, blast through enemies and walls with the Rocket Propelled Grenade, splat enemies under foot after blasting them with the Shrinker, cut through trouble with the 3-barel Ripper machine gun, set DukeMatch traps with the wall-mounted Laser Mine, watch enemies shatter after cooling them off with the Freeze Cannon, and 4 more!