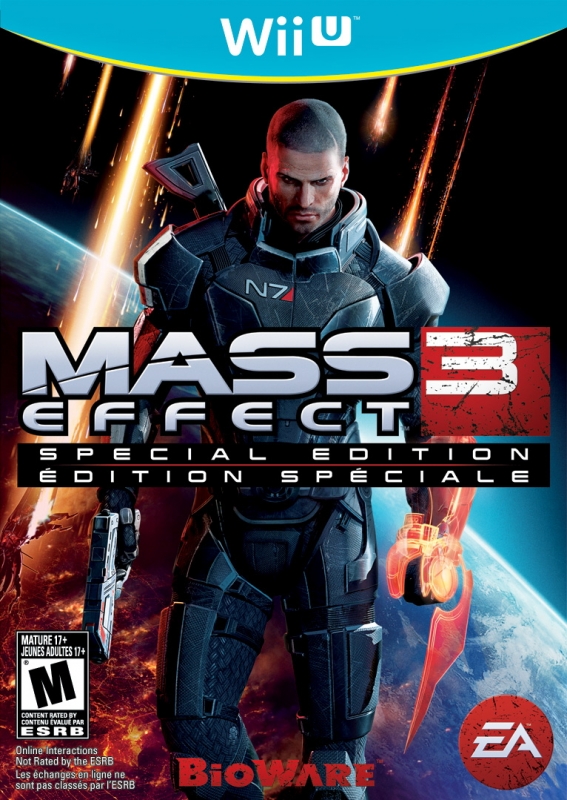 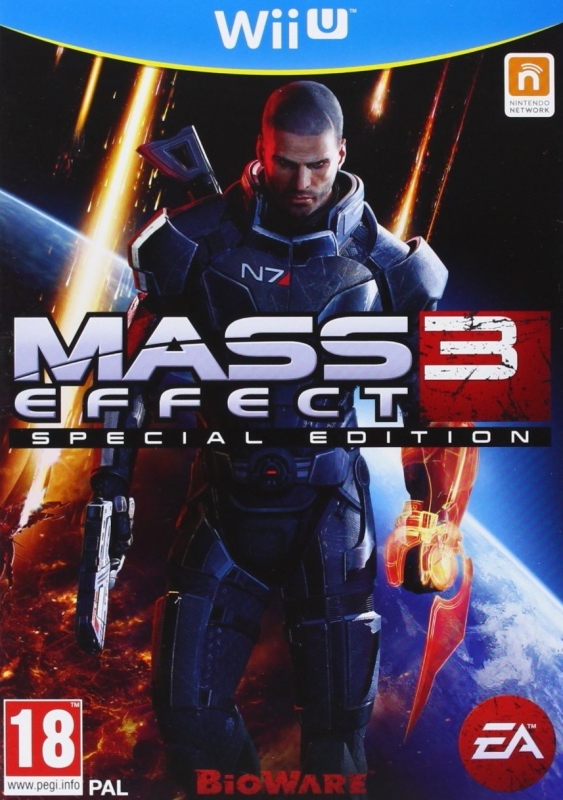 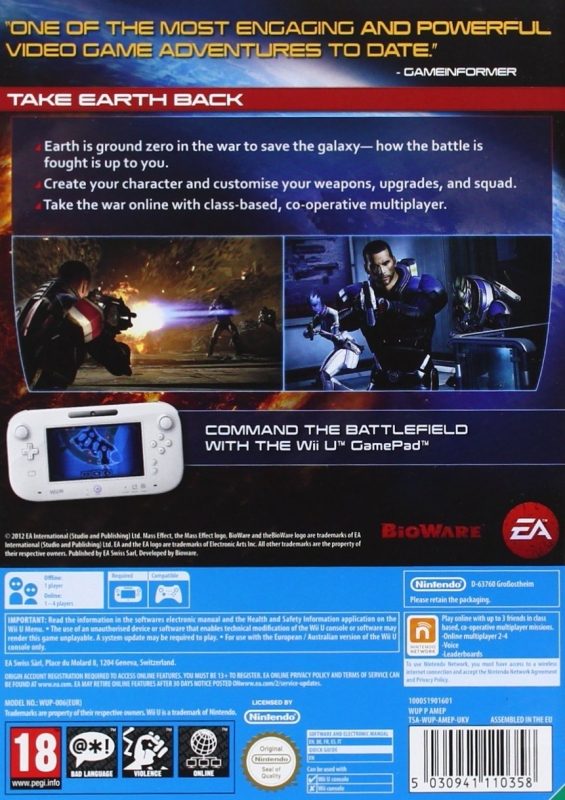 BioWare makes its debut on the Nintendo console with the award winning blockbuster game of the year: Mass Effect 3 Special Edition now enhanced for the Wii U with brand new features and content.

Command the battlefield like never before by using the Wii U GamePad to issue commands and unleash devastating attacks. Bonus content includes the From Ashes expansion pack with a new mission and squad member plus the Extended Cut ending. Decimate the enemy with an exclusive new heavy weapon, the M-597 Ladon.

You are Commander Shepard, the only one who can save the galaxy from annihilation.