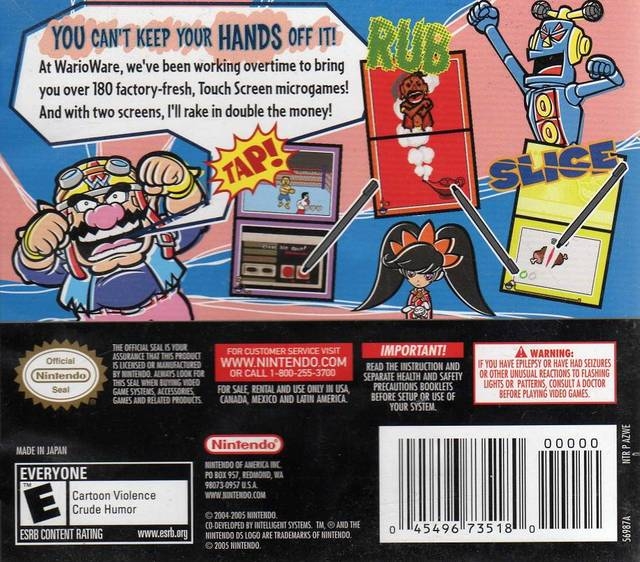 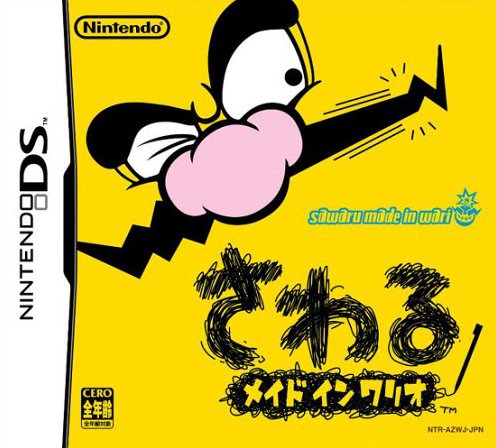 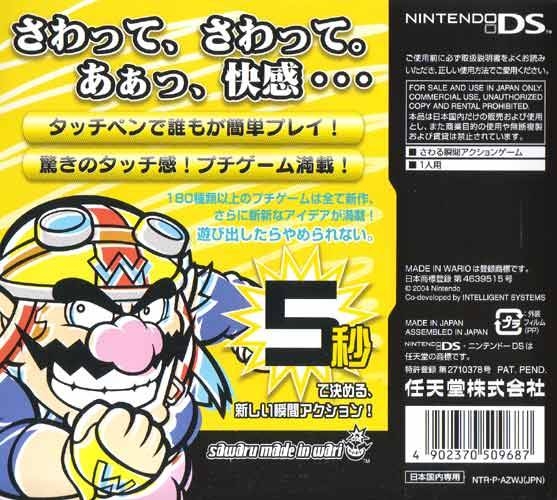 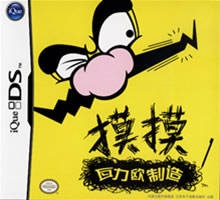 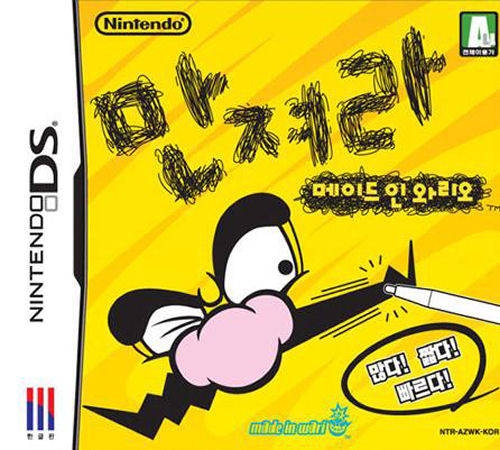 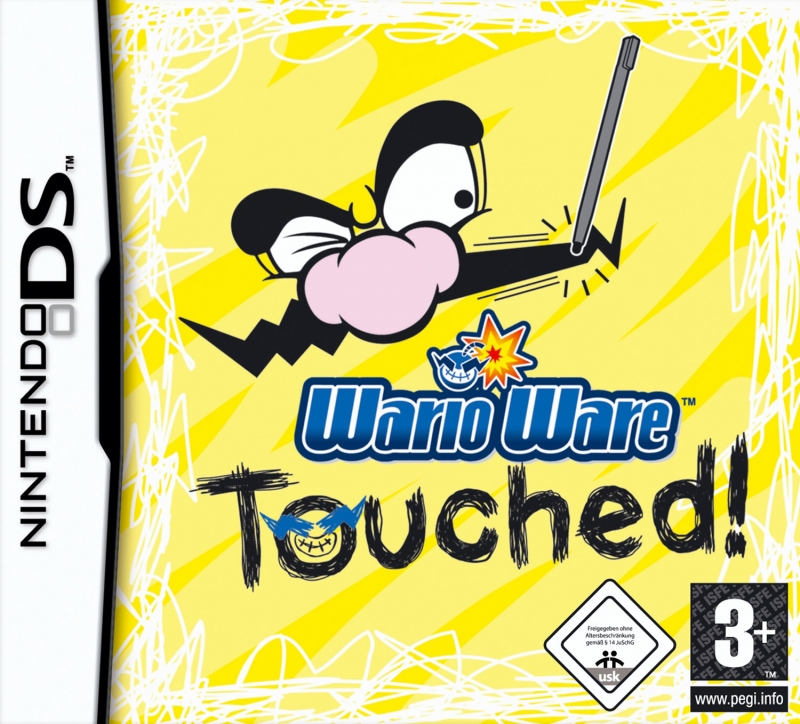 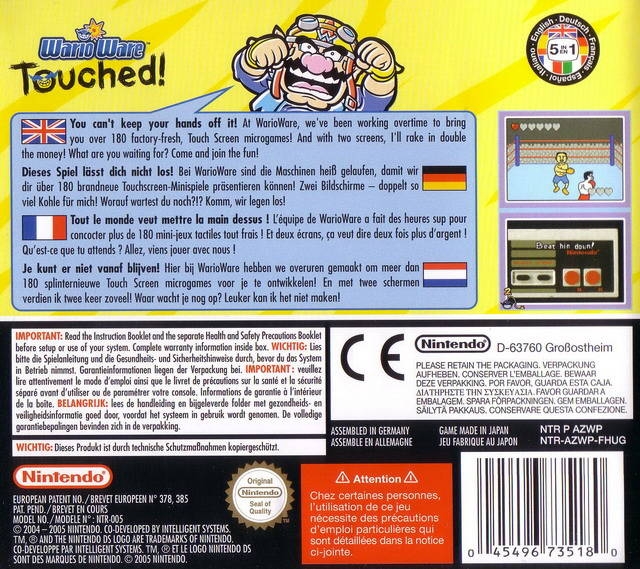 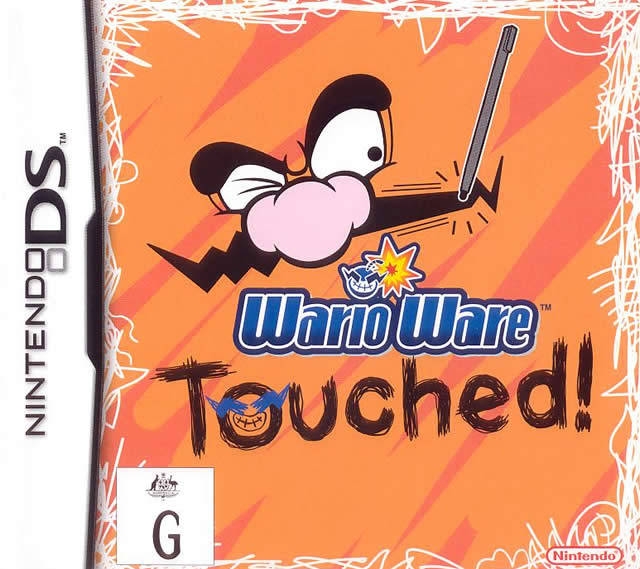 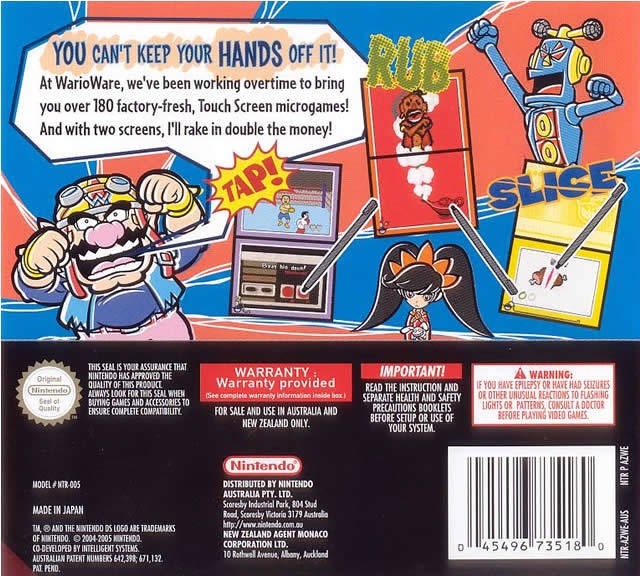 Wario makes his mad debut on the Nintendo DS with 180 all-new, factory-fresh microgames!

What really makes this game rock is the DS's touch control. Whether you're slicing veggies flying through the air or ripping the clothes off a sweltering beachgoer, the touch control makes playing Wario's blazingly fast microgames so simple, even a nintendo.com writer can figure 'em out.

Did we only say "touch"? Sorry, we forgot mic control. Yep, a karaoke-mad robot named Mike is on hand to get this party going with special mic-controlled games. For the absolutely first time in video-game history, you can blow sweet nothings into the ear of that someone special or cool off a cup of hot java.

The Usual Gang of Wing Nuts

Touch the latest fruits from the bizarro developers of WarioWare Inc. (GBA and Nintendo GameCube). Expect to make lots of spins and whirlpools to win Dr. Crygor's Slightly Unscrewed microgames. Kickin' kindergartners Kat and Anna return with a dojo's worth of Ninja Scribble microgames. Scooter girl Mona has made a career move from the gelateria to the pizza delivery business, but she's also found time to become a pop diva and, of course, develop a whole new set of extremely cuuute microgames.

That madcap taxi-driving duo, Dribble and Spitz, and way-out alien Orbulon return in wholly unpredictable supporting roles. Old-school grade-schooler 9-Volt is joined by his big brother, 18-Volt, to make five-second gems inspired by classic Nintendo games. This time, he's even gotten inspiration from Gold Digger, one of the classier offerings (not!) from WarioWare Inc. GBA.

New software developers this time are Ashley, a goth girl whose games are a "Total Drag," and Mike, the aforementioned party robot. Ashley's hilarious theme song is worth the price of admission by itself.

You can also feed a special something to Wario to create Wario-Man, who looks like one of those masked Mexican wrestlers. "Faster than a doughnut! Stronger than cardboard!" (we kid you not), Wario-Man's boss battle challenges you to plumb the depths of someone's nose for buried treasure.

Some of the many all-new microgames include:

But there's even more bonus games! How about Orbit Ball, an insanely addictive game in which you jot down lines that morph into trampolines that a grinning ball bounces off of. Can you put Mr. Goof Ball into outer space? There's even a two-player table-tennis sim, in which one player swings a paddle by pressing the L Button and the other uses the R Button.