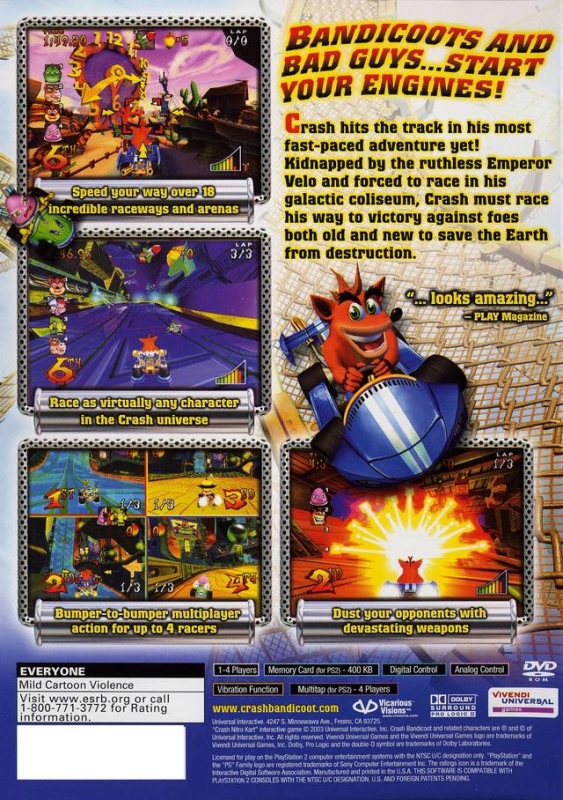 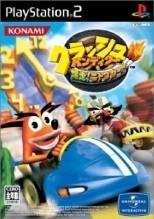 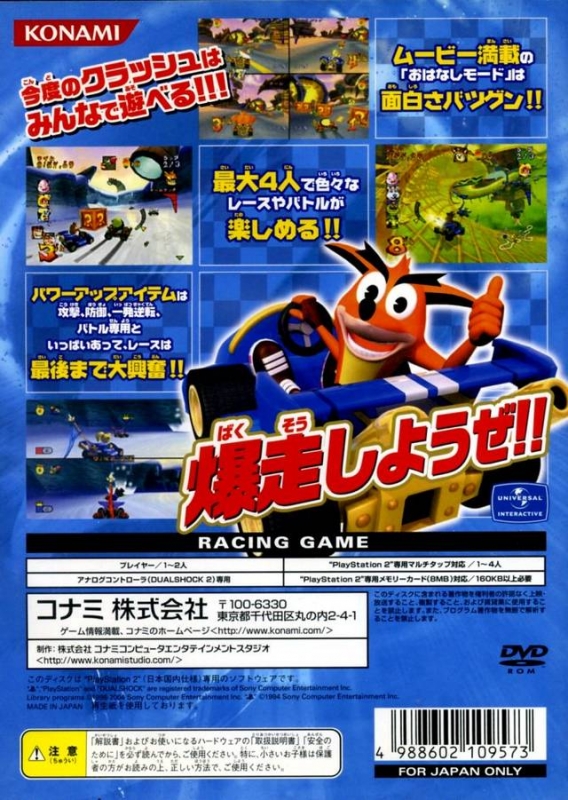 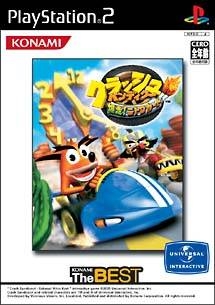 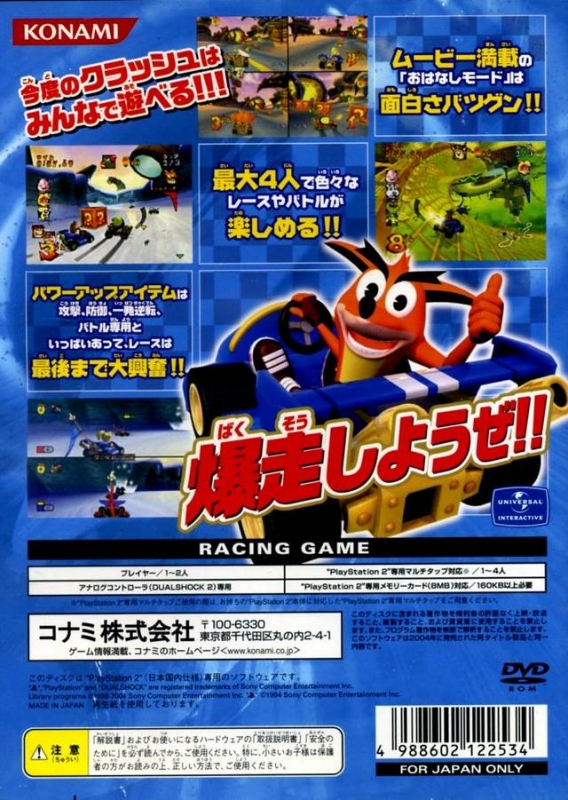 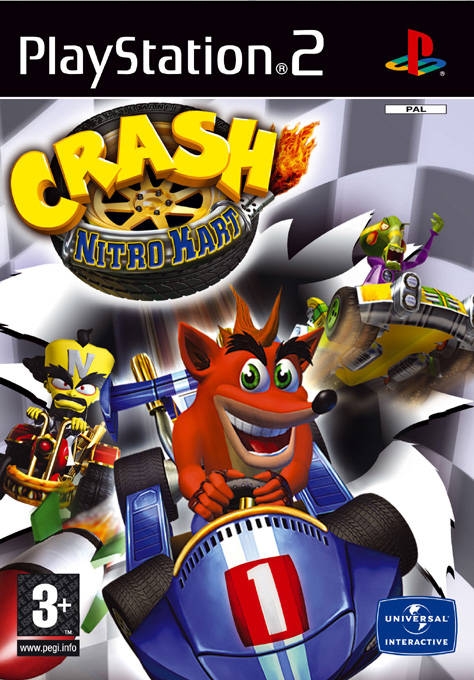 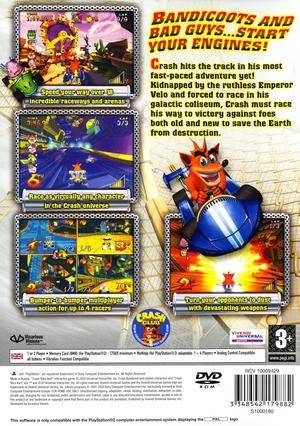 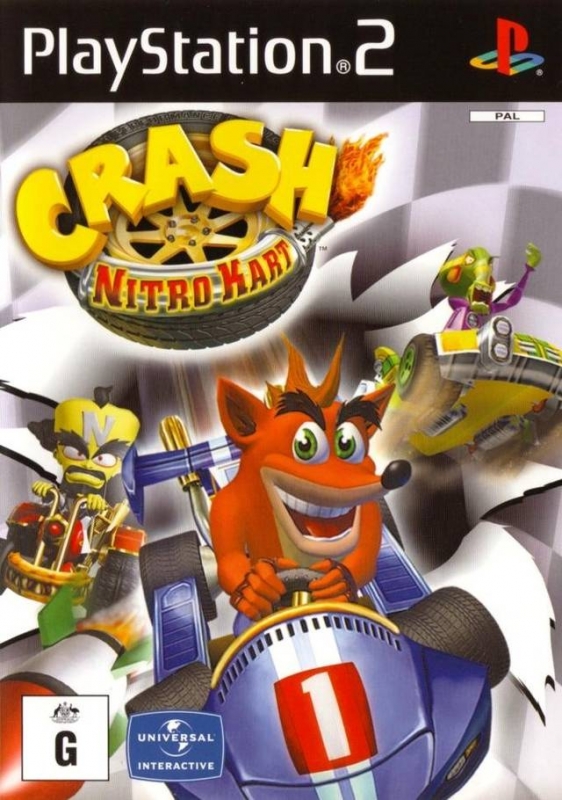 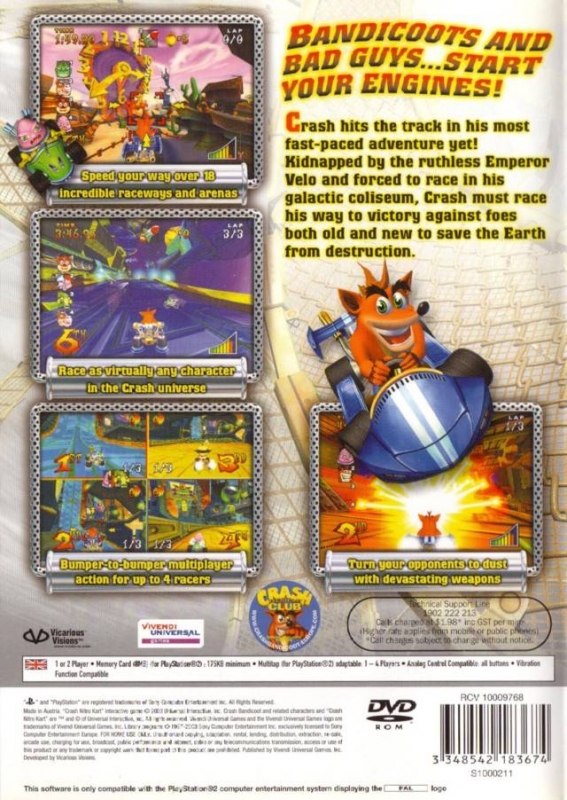 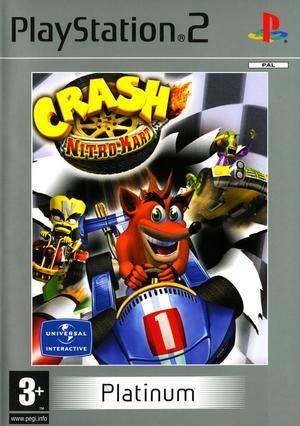 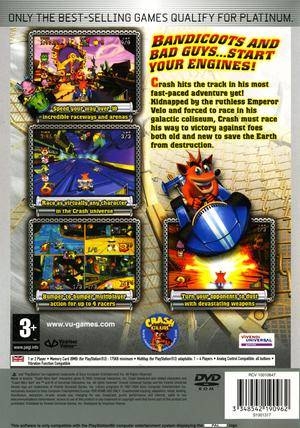 Kidnapped by the ruthless Emperor Velo and forced to race in his galactic coliseum, Crash must race his way to victory in order to save the Earth from destruction. But, it won’t be easy ... He must compete against foes both old and new before a final showdown with Velo himself! Up to eight racers can play at once, via system link, making Crash Nitro Kart the ultimate party game