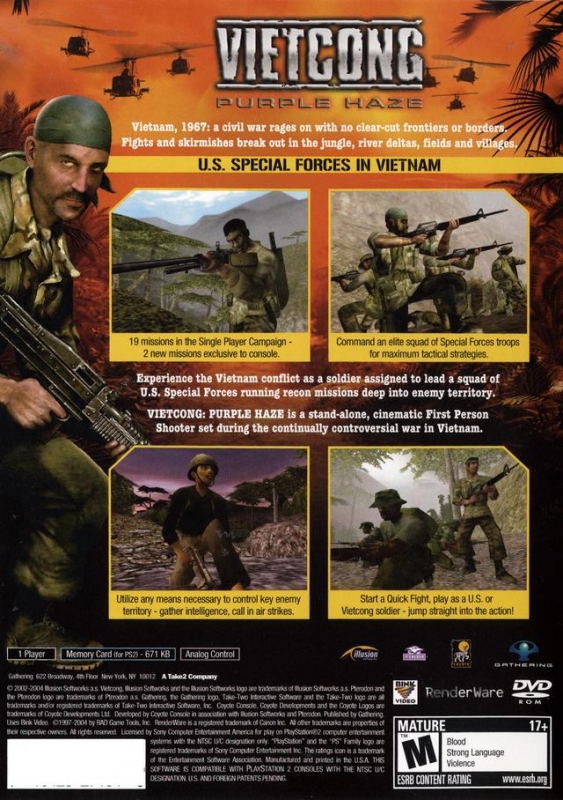 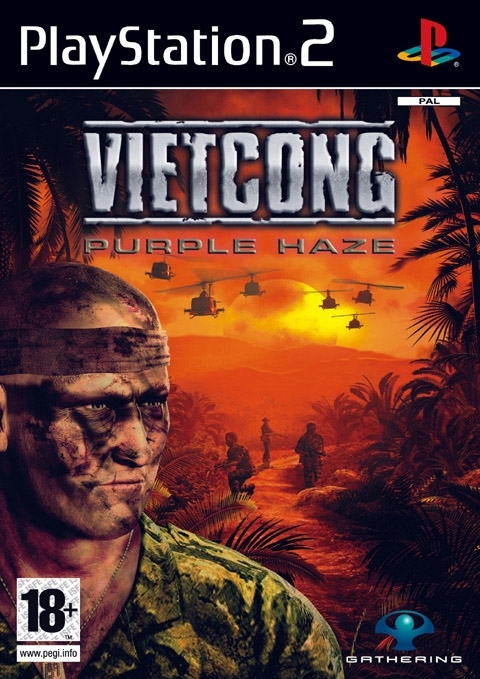 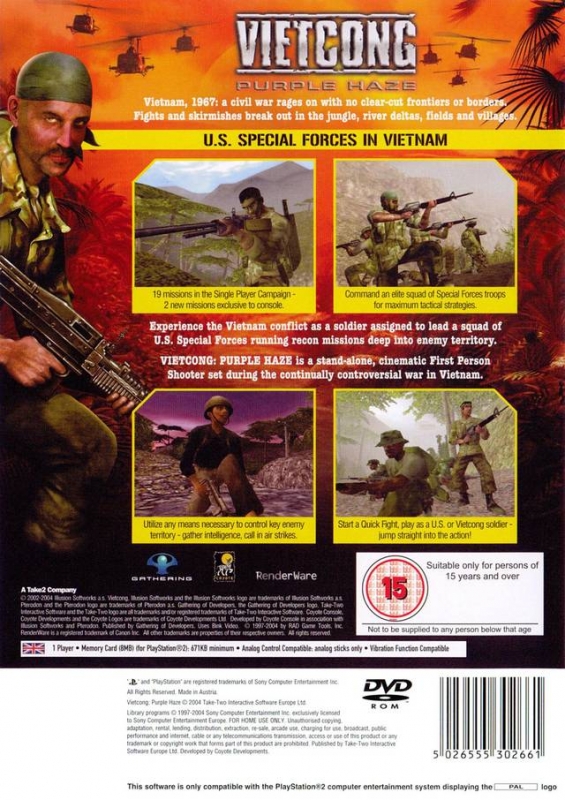 Vietcong: Purple Haze is a narrative-based First Person Shooter set during the Vietnam conflict. Experience the war from the perspective of a soldier assigned to a squad of U.S. Special Forces running reconnaissance missions deep into the jungles of Northern Vietnam.