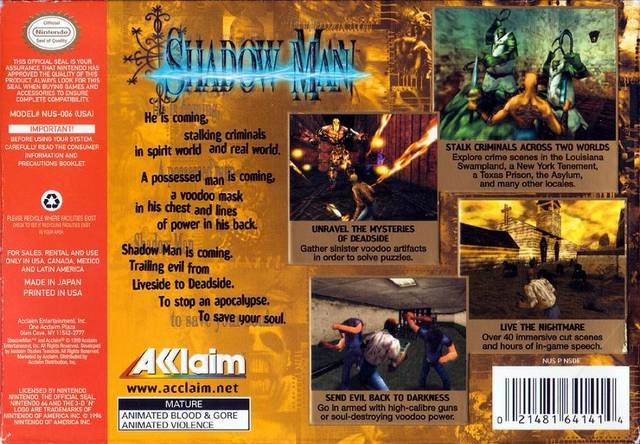 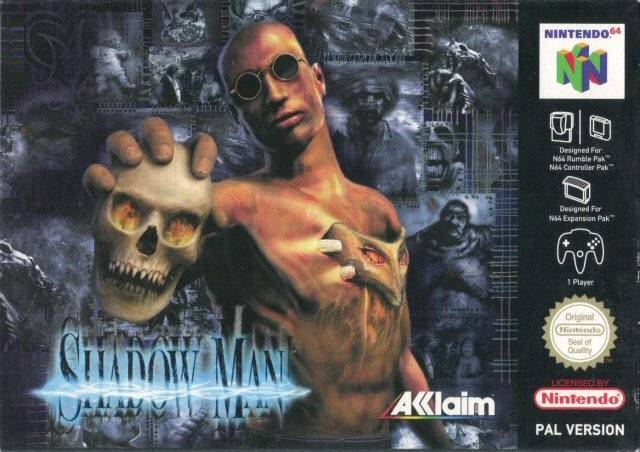 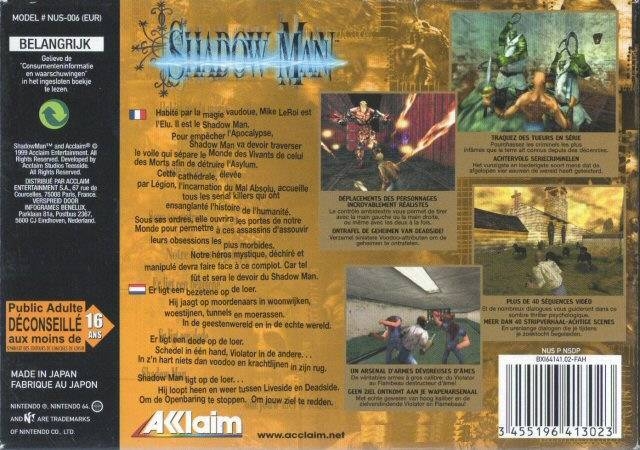 In this action-adventure title, you play  the part of Mike LeRoi, a student with a tragic past who is empowered as Shadowman, a mystical being with great Voodoo powers. Your mission is to stop the Five, serial killers who try to bring the Apocalypce under the orders of Legion, demon of hell. You travel an immence world though Liveside and Deadside, collecting Dark Souls to unlock gateways into the Asylum, where the final confrontation with Legion awaits. Collecting guns, cadaux, gads (Mystical tatoo's that allow Shadowman not to be harmed by the element of fire) and other mystic artifacts on the way, this title for the N64 offers hours of exploring gameplay while being  one of the few mature  games of the console.