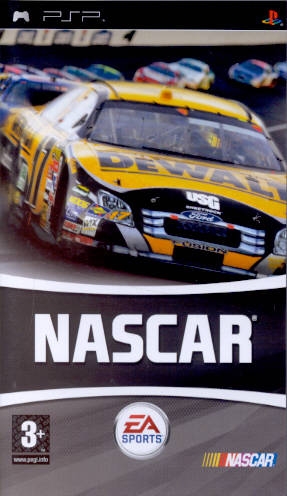 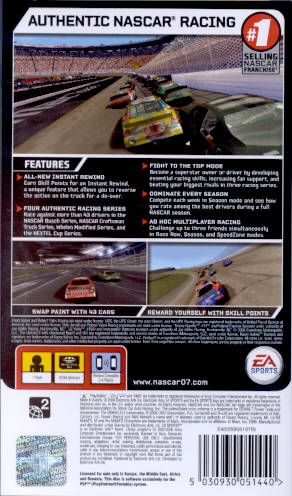 Take risks, be rewarded, and become a champion with NASCAR® on the PSP® system as you challenge the greatest drivers in four authentic racing series. Fight to the finish against a full field of 43 drivers in Season mode to stay atop the leaderboard, or become a superstar owner or driver by developing essential racing skills and increasing fan support in Fight to the Top mode. Improve your skills with a host of mini-games and experience the all-out drama and intensity of 190-mph racing with NASCAR.