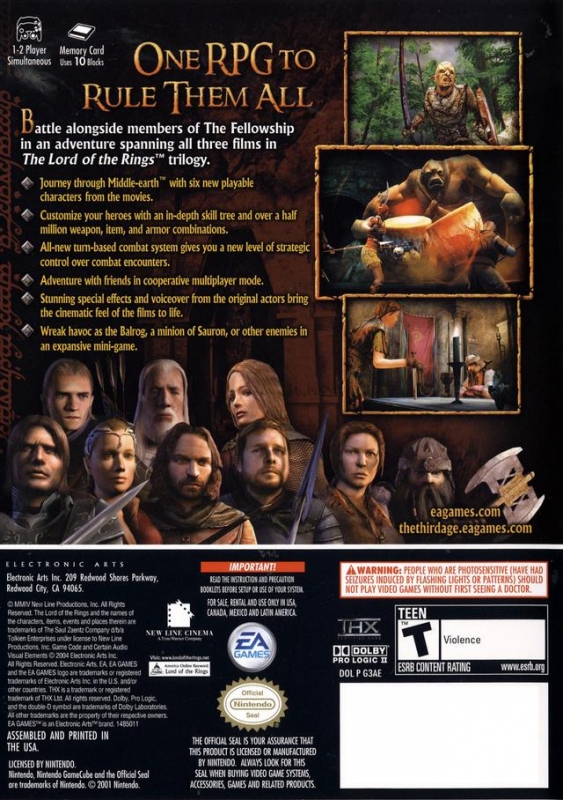 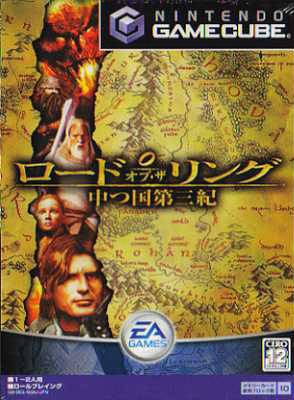 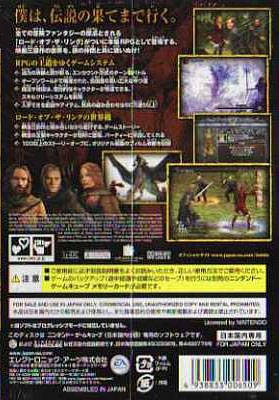 The Lord of the Rings: The Third Age (GC)

Experience the first console roleplaying game (RPG) set in The Lord of the Rings™ universe in The Lord of the Rings™, The Third Age™ from EA GAMES™. Travel in the wake of the Fellowship in a unique structure that allows players to explore their own path while periodically intersecting the major events of New Line Cinema’s film trilogy. Traverse through both familiar and seldom-glimpsed locations as you fight to save or destroy Middle-earth™ in an epic adventure. Encounter the demonic Balrog in the Mines of Moria, defend the fallen city of Osgiliath, or try to destroy Helm’s Deep. These choices and many more will confront you as you align yourself with the people of Middle-earth or undertake missions on behalf of Sauron.

Play as all-new characters from Middle-earth, interacting with the heroes, villains, and supporting cast who populate the world. Your heroes or villains are completely upgradeable, allowing you to enhance their weapons, fighting style, and attributes. Then you will embark on a free-roaming adventure where you can complete the primary objectives or seek out the various side quests and uncover hidden characters, secret weapons, and powerful items.

Dispatch the forces of light or shadow with an innovative turn-based battle system. Ride horses or Wargs and charge through your foes. Use your leadership skills to maximize your party and unleash devastating attacks as you fight alongside or against key characters from the films such as Aragorn, Gandalf, and the Balrog.

Explore a beautiful and realistic world that features assets from all of the films, voice acting from the original actors, and motion capture from the films’ stunt doubles.