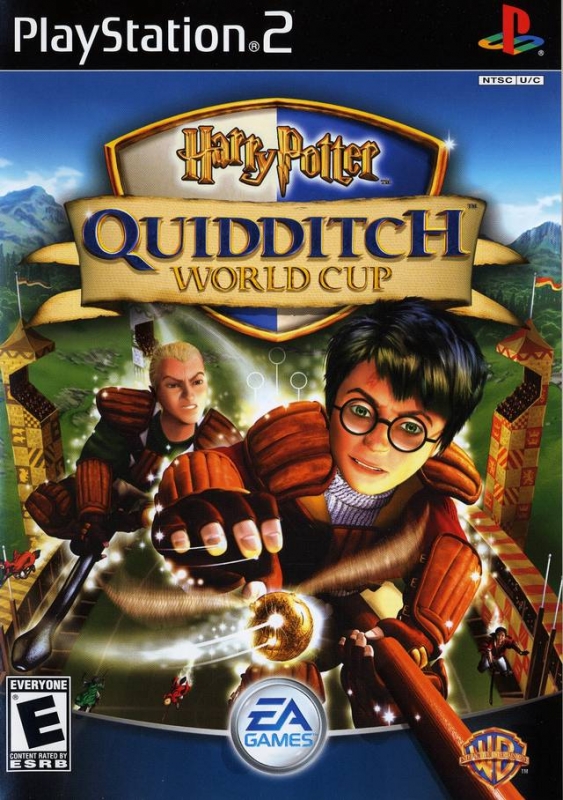 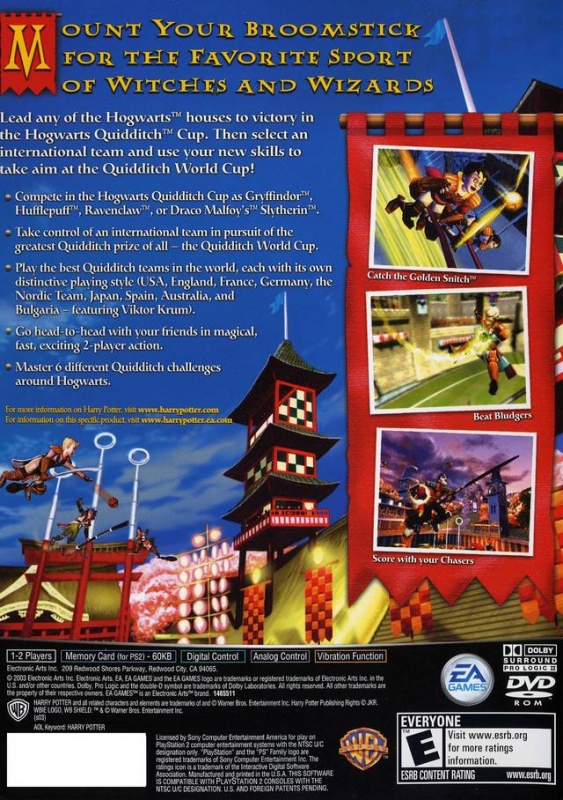 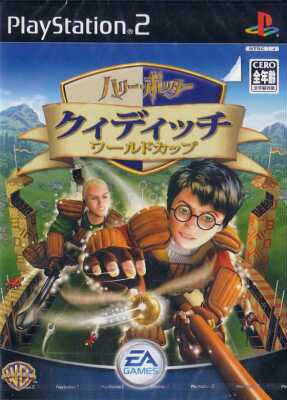 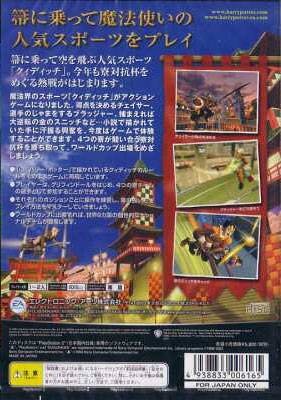 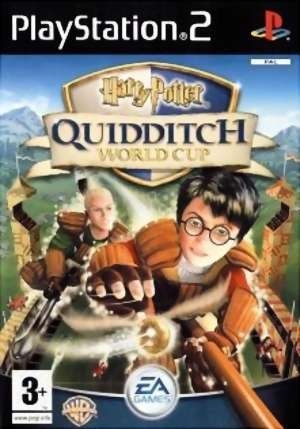 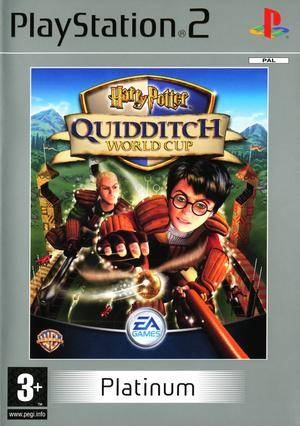 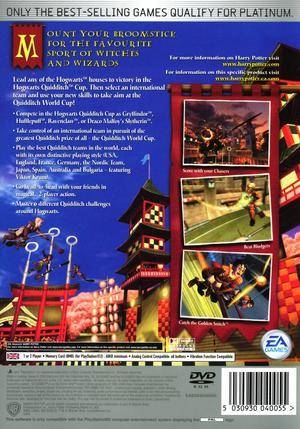 Take to the air in the first game that allows players to fully experience the magical speed, power, and competition of Quidditch, the favorite sport of witches and wizards, in the Harry Potter™: Quidditch World Cup game. For the first time, gamers will experience the full complexity and exciting challenge of Quidditch, which involves two teams of seven players who fly on broomsticks, playing four balls simultaneously. Players will control every position on their team, including three Chasers who try to score with the Quaffle™, two Beaters who control the dangerous Bludgers, the Keeper who protects the goal, and the Seeker who chases the elusive Golden Snitch™ that must be caught to end the match.

Starting with any one of the four Hogwarts™ House teams-including Harry Potter's Gryffindor™-players learn Quidditch basics with five original challenges and the Hogwarts House Cup competition. Once completed, players can enter the international World Cup tournament, choosing from a range of international teams including the USA, Bulgaria featuring Victor Krum, the hard-hitting Nordics, England, Japan, Germany, France, and Australia. Each national team sports its own Quidditch gear, has a unique stadium environment, and different strengths that lend depth and strategy, especially when two gamers face off for the first-ever Harry Potter multiplayer competition.

The Quidditch World Cup tournament progresses through a unique ladder system where players must defeat the team ranked above them by a variable amount of points, making the choice of when to go after the Golden Snitch a tactical one-capture it before amassing enough points to advance up the ladder and you may win the match but lose a chance to advance.