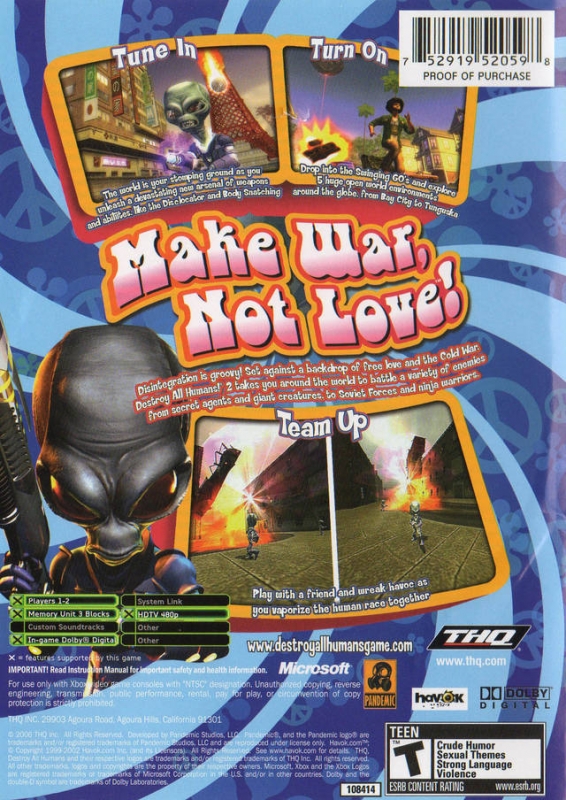 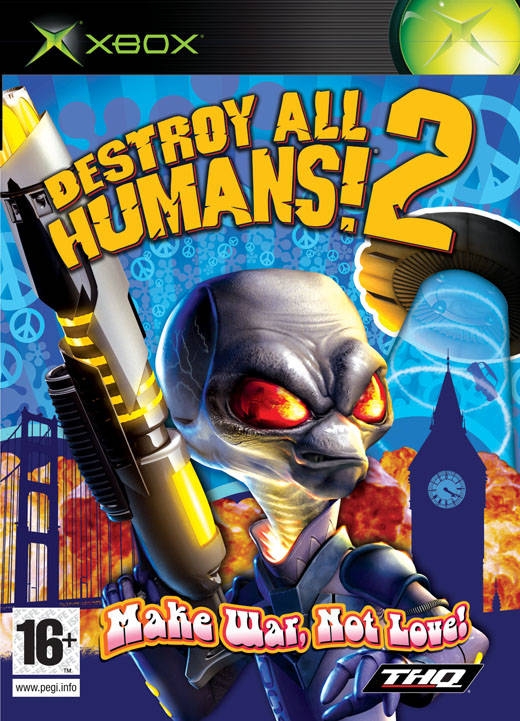 Make War Not Love™ Sequel to the widely acclaimed hit, Destroy All Humans! 2 takes the brand's irreverent sci-fi action gaming experience into the swinging sixties with new and improved game features, open-world gameplay and co-op multiplayer. Set against a backdrop of free love, the Cold War and other hallmarks of the '60s, DAH 2 takes players around the world with an upgraded arsenal of weapons and enhanced mental abilities to battle a variety of enemies, from secret agents and giant creatures to Soviet forces and alien warriors.

* Play As The Alien: DAH turns the tables on traditional sci-fi action games allowing gamers to play as the Alien and take on the most feared enemy in the galaxy — mankind.

* Unleash Massive Destruction: Players have total freedom to destroy anything and manipulate everything in the world.

* Co-Op Multiplayer: Team up with another player and Destroy All Humans together via split-screen co-op mode. Play through the entire single player game together or replay missions already completed in single-player mode.

* New and Enhanced Weapons: Old weapons like the Zap-o-Matic receive a destructive makeover, while new weapons including the Meteor Strike, Disclocator and Gastro Gun are added to the alien arsenal along with new hidden weapons to discover.

* New and Enhanced Mental Abilities: All abilities are upgradeable and include old favorites like PK, Cortex Scan and Hypno Blast. New alien abilities include the Transmogrify, Mind Flash and Body Snatching abilities.