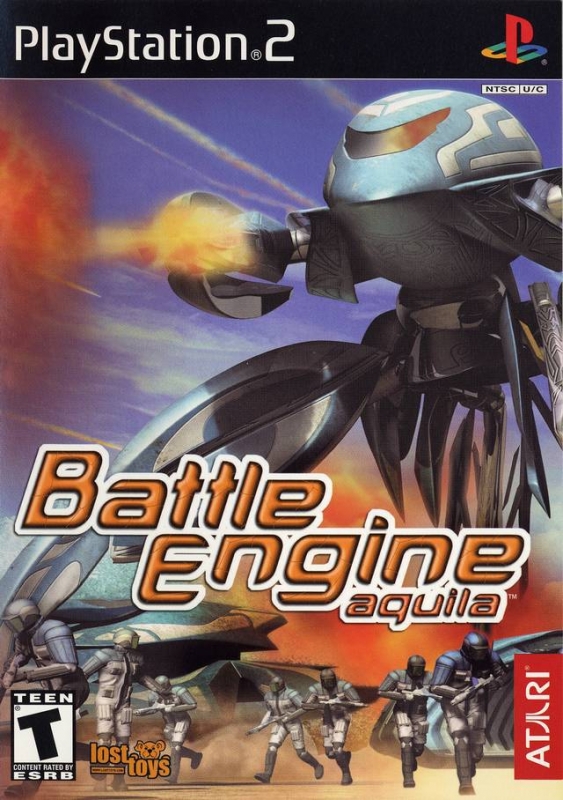 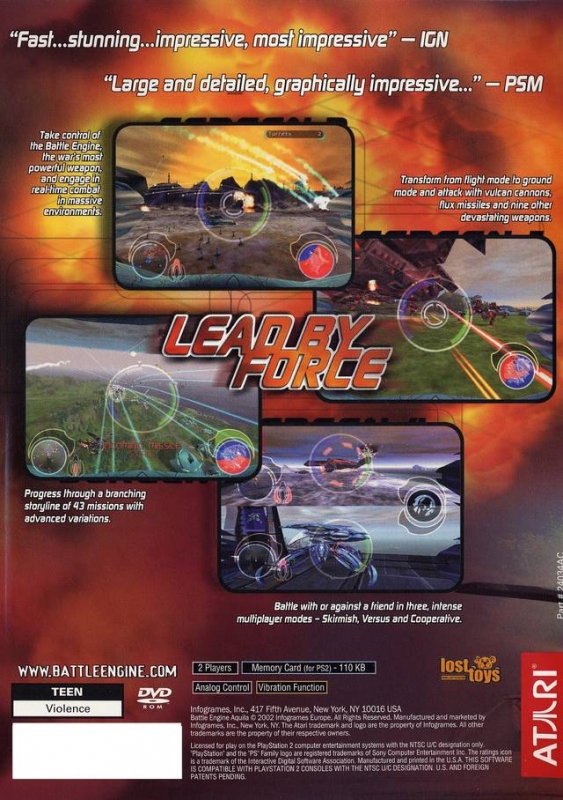 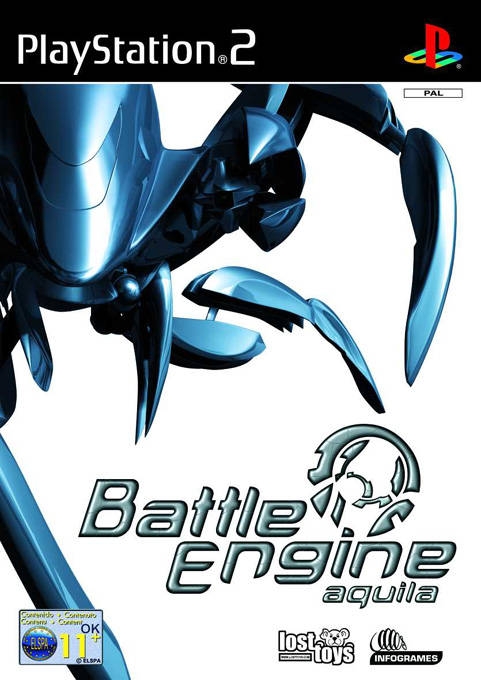 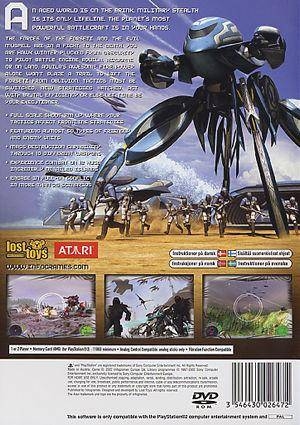 In the world of Battle Engine Aquila, a sudden climatic change brought on by centuries of atmospheric pollution reduces the continents of the earth to a series of small islands, triggering a global crisis. Dramatic betrayal propels an adolescent misfit into a heroic battle for survival. With land at a premium, tensions have built between the surviving nations, as each tries to stake claim to the precious dry land.

To navigate in the world, players take on the role of Hawk Aquila, pilot of the fearsome Battle Engine, a fully-armored tank with the ability to fly and coast over land. With the aid of the worlds most powerful battlefield weapon, Hawks encounters takes place in a vast warzone, with combat raging between two feuding sidesthe Forseti and the Muspell. With thousands of units engaged in continuous confrontation, ranging from infantry to tanks, planes, battleships and artillery, Hawk must navigate the Battle Engine Aquila through the air, over ground and across the water in a campaign to swing the momentum of the struggle to his side.