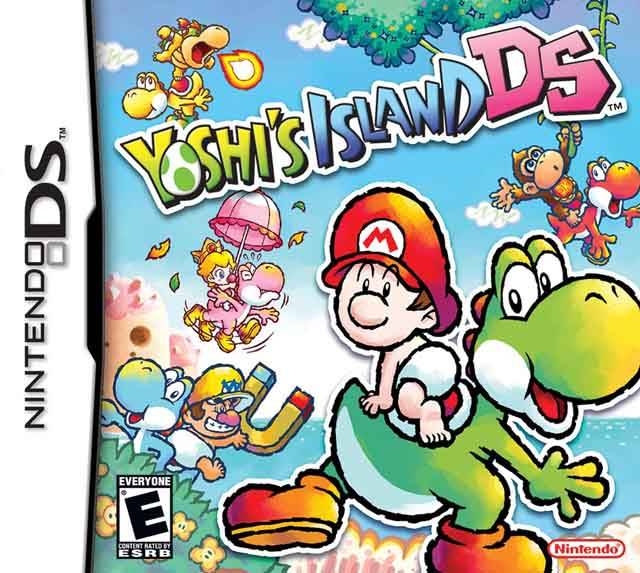 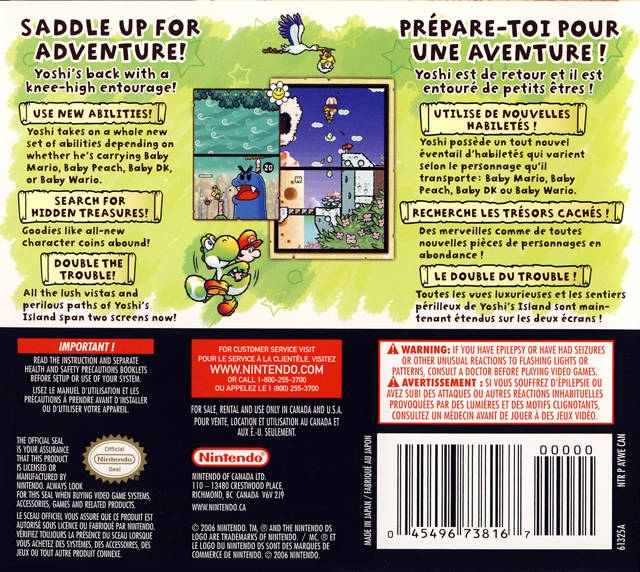 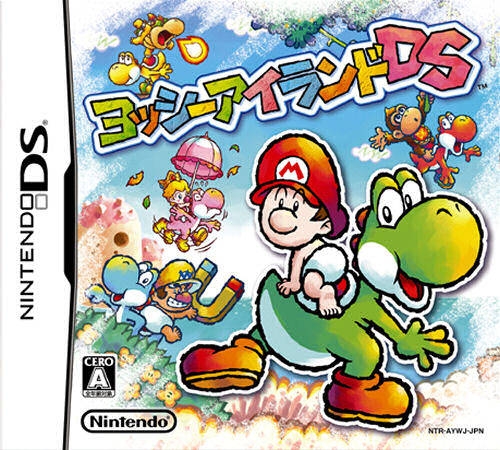 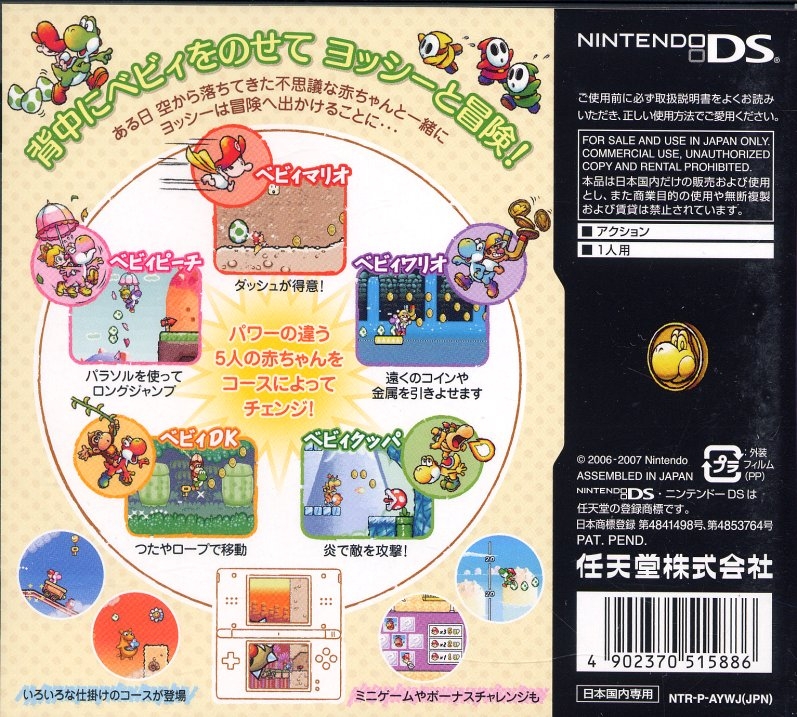 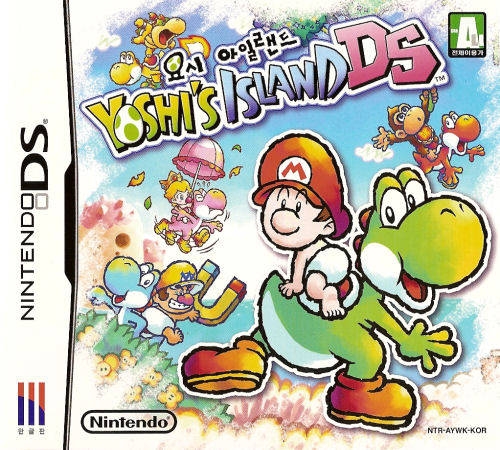 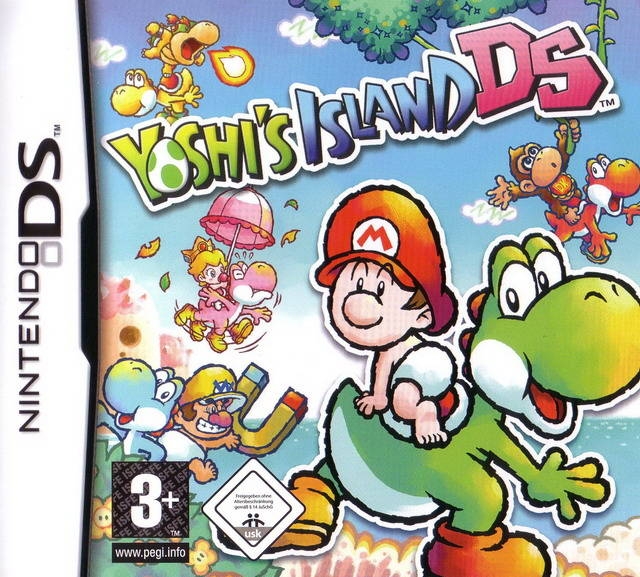 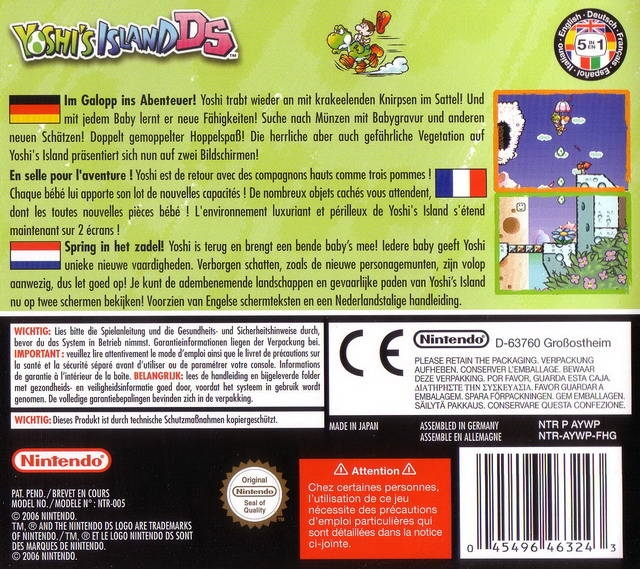 The Yoshis populating this wild and mysterious island take turns transporting the babies. Each baby gives Yoshi access to unique powers while they cling to his back: Baby Mario gives Yoshi speed; Baby DK gives him strength and the ability to climb vines; with her umbrella, Baby Peach gives him the ability to float high, and Baby Wario gives him magnetism (perfect for grabbing grown-up Wario's favorite things: coins!).

Classic enemies are back, as are many all-new ones. Yoshi's Island DS makes great use of the double screens. Scroll up and down to see what lives above and beneath. Hurl eggs at objects on the top screen and tackle super-tall enemies that fill both screens.

Yoshi's Island DS sets a new standard on replayability. Hidden in every level are flowers, stars, red coins, and character coins, so even after you finish the game, the terrific sense of surprise continues. Enjoy the many minigames and bonus levels, too!