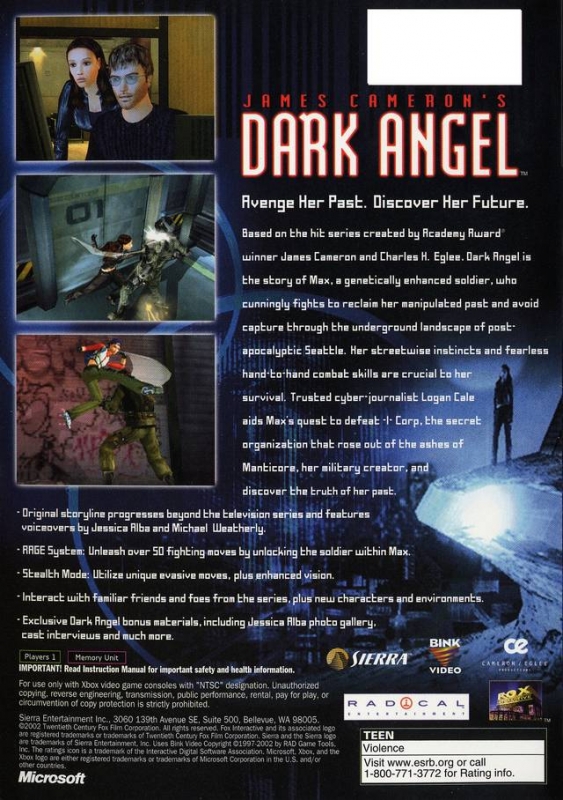 James Cameron's Dark Angel™ is based on the sci-fi adventure series set in the near future after an electromagnetic pulse detonated by terrorists cripples the U.S. economy. Max, a genetically-enhanced human prototype with attitude to spare, escaped from her military creators and made a life for herself on the edgy streets of twenty-first century Seattle. She becomes a reluctant hero when she teams up with idealistic, underground cyber-journalist Logan Cale, lending her unique abilities to his crusade against corruption and an oppressive establishment.