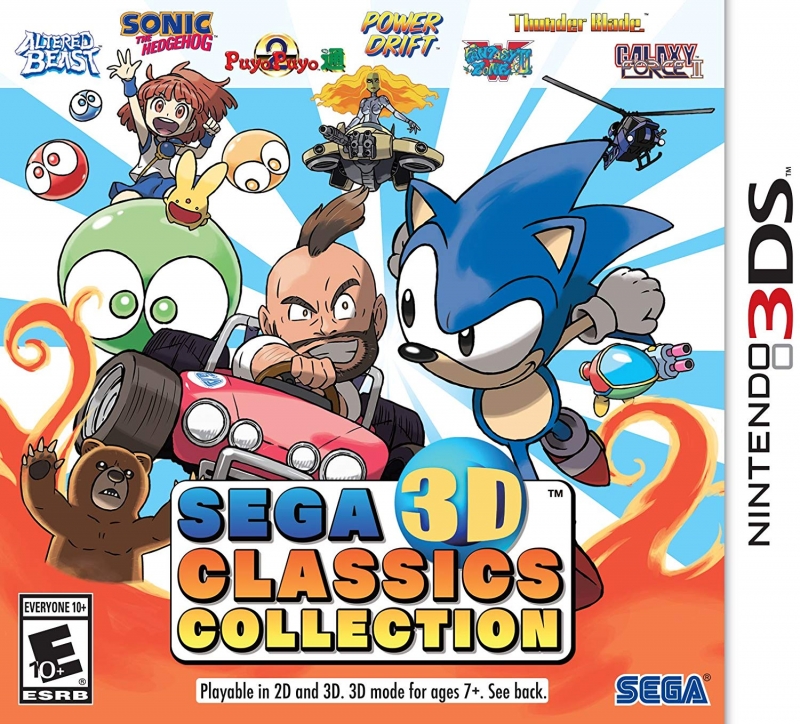 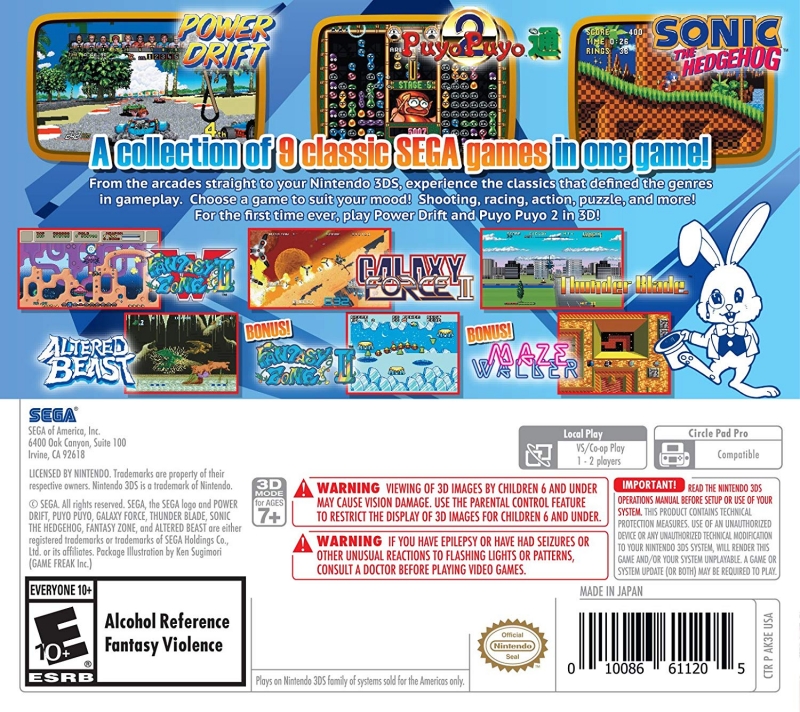 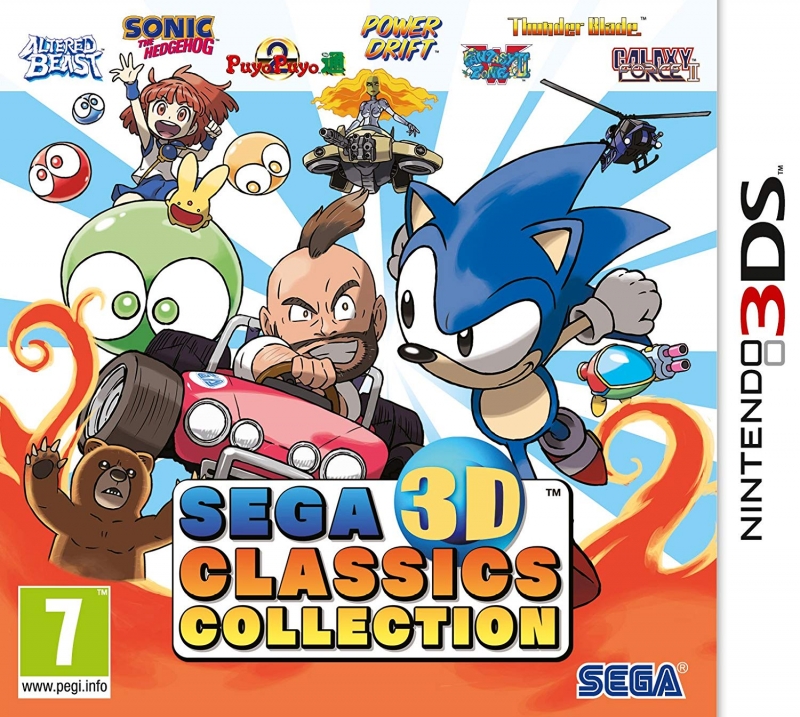 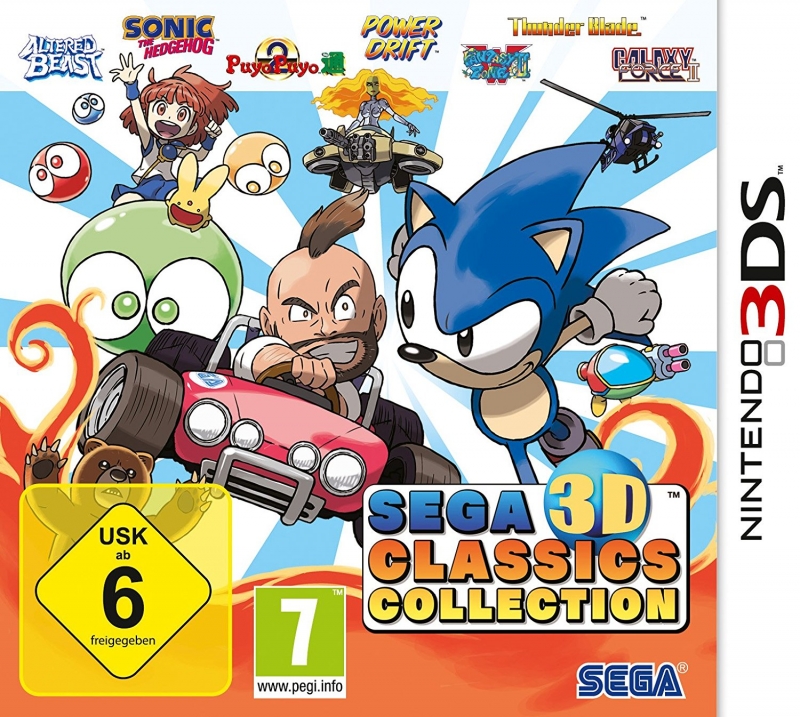 With over a half million units in combined sales worldwide, the SEGA 3D Classics digital series brings gamers back to the glory days of the beloved SEGA hardware systems. Trend-setting titles from the Sega Master system, Genesis/Mega Drive, and the arcades of the 80’s arrive on the Nintendo 3DS—remastered with full stereoscopic 3D. The best part? FOUR of the NINE classics are available on 3DS for the first time! Making its first appearance on retail shelves, this compilation package takes the series' fantastic offerings and packs it with additional exclusive content for unbeatable value!

SEGA fans in the mid-80s were already playing in 3D thanks to the Master System's 3-D Glasses peripheral. Today, you can play Maze Walker (aka Maze Hunter ) and the original Master System version of Fantasy Zone II , no glasses required!

Not just ported—remade in 3D!

Developer M2 painstakingly recreated the originals by breaking down the original game code and doing a major renovation to take full advantage of the Nintendo 3DS system’s power.