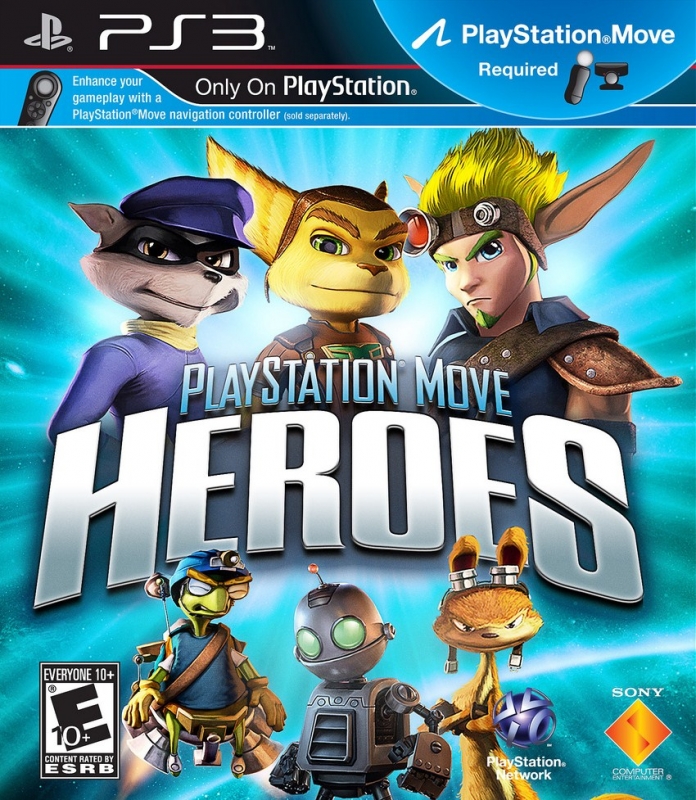 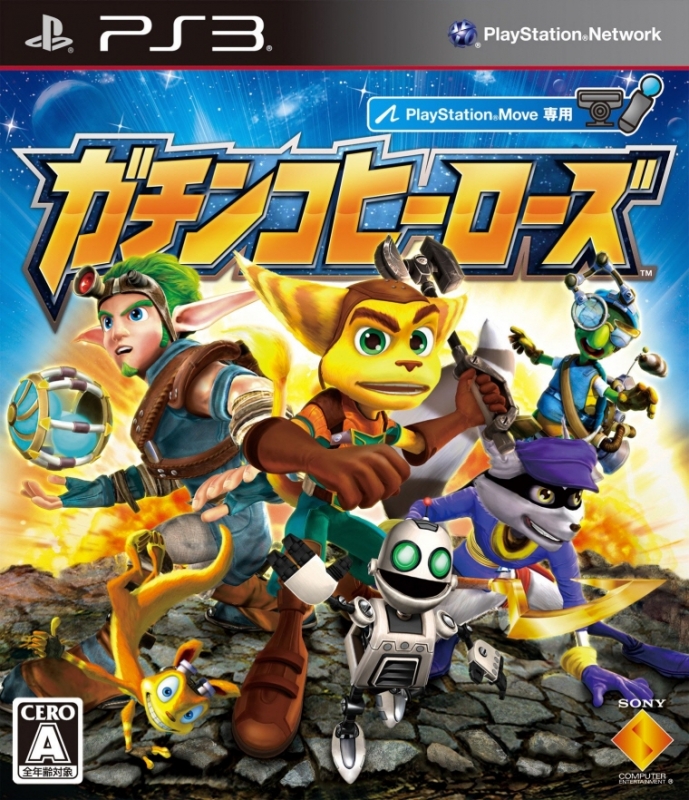 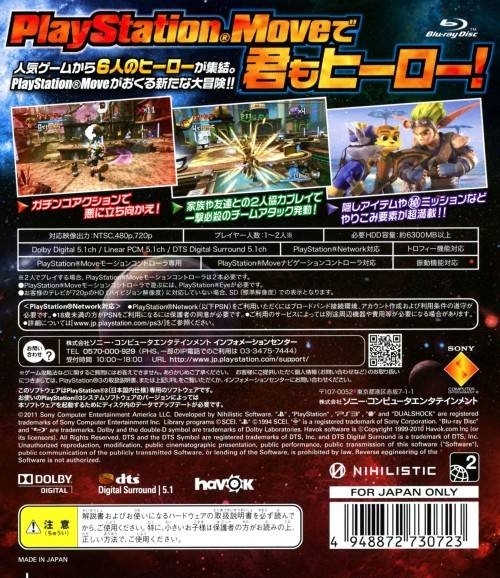 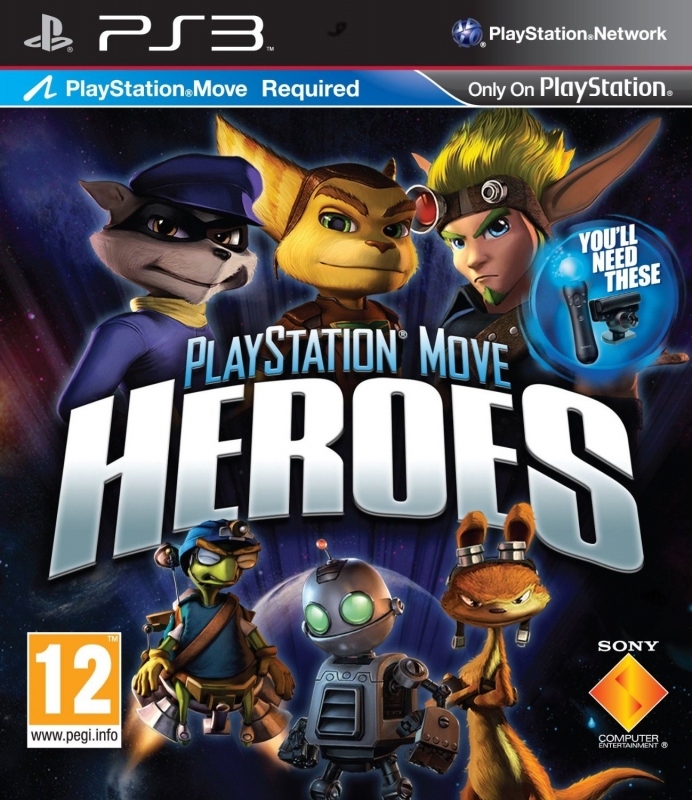 Together for the first time, six of Sony’s biggest heroes team up to defeat a mysterious duo in an all new intergalactic adventure.

PlayStation®Move Heroes brings three iconic franchises together for the first time in an out of this world intergalactic adventure. Players will test their skills in a host of new and exciting challenges against fiendishly mysterious new adversaries!

Explore familiar landscapes from the smash hit franchises Ratchet and Clank, Jak and Daxter, and Sly Cooper ripped apart and rebuilt for PlayStation®Move Motion Controller mayhem. Take a hold of a whole new arsenal of super powered weapons as you Smash, Hurl, and Shoot your way to freedom!