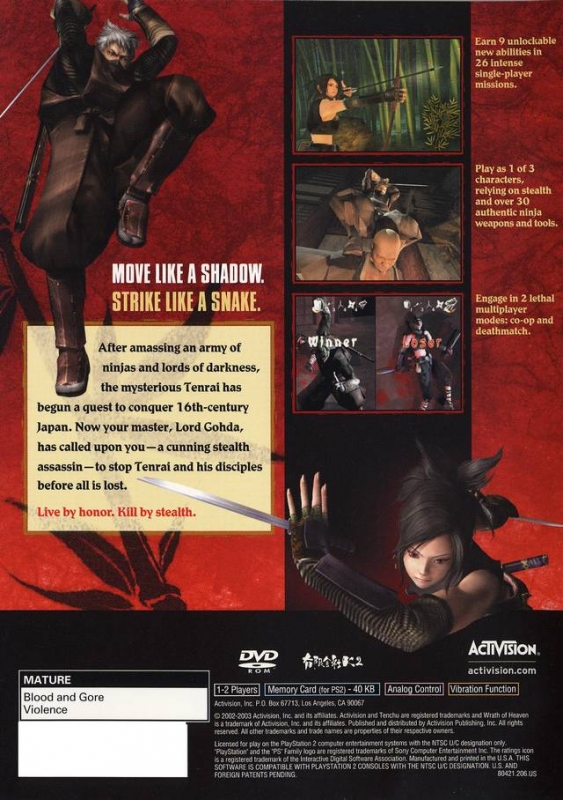 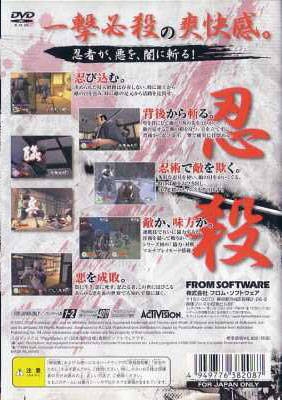 Japan - Front
PlayStation2 the Best Re

Japan - Back
PlayStation2 the Best Re 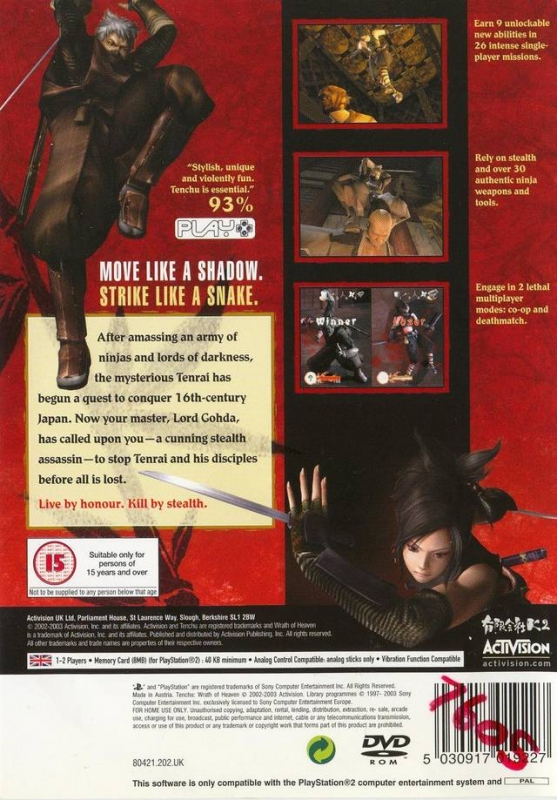 In a time of hiatus in a period of bitter wars and great turmoil, the Azuma ninja clan ends its year of mourning for the tragic death of Rikimaru. The land of Lord Gohda celebrates the passing of the fourth season of peace since the defeat of Lord Mei-Oh. Only the Azuma ninjas knew the truth about Lord Mei-Oh's disappearance into a portal after he was defeated. It was a secret that even Lord Gohda did not know.

The Azuma ninjas serve Lord Gohda with their lives and with their honor- delivering midnight messages to neighboring states and punishment in the shadows to those who turned against him. They are a feared yet unknown group, a faceless arm of justice masked in a cloud of secrets. They are his merciless force of silent assassins.

You'll be coming back for more.