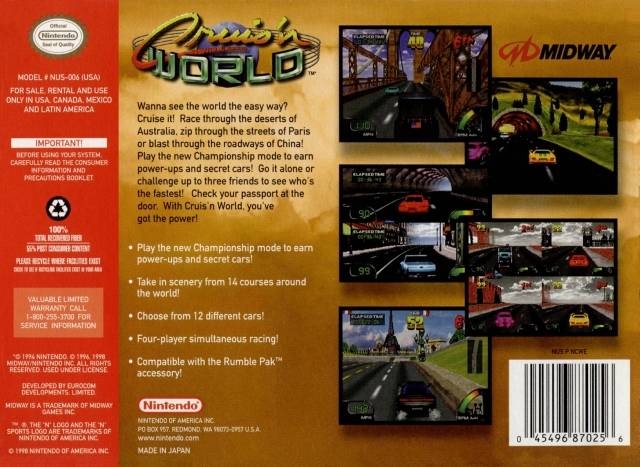 The fastest, craziest and most furious of all races has begun!

Race and win in three different modes and three degrees of difficulty! So fasten your seatbelt, put your foot down hard and cruise the highways of the world!

Crash into the wall of China, fight a speed duel on German highways, attempt risky manoeuvres on the fast lanes of the African prairie, win a runaway victory on New York's city courses or a wild two-wheel ride through Hawaii's unique underwater tunnels - in this game anything goes!

Contains 14 different courses for up to 4 players to race across simultaneously! Choose between 12 different cars that can be upgraded to four wheeled power houses!

- From Eurocom and game back cover