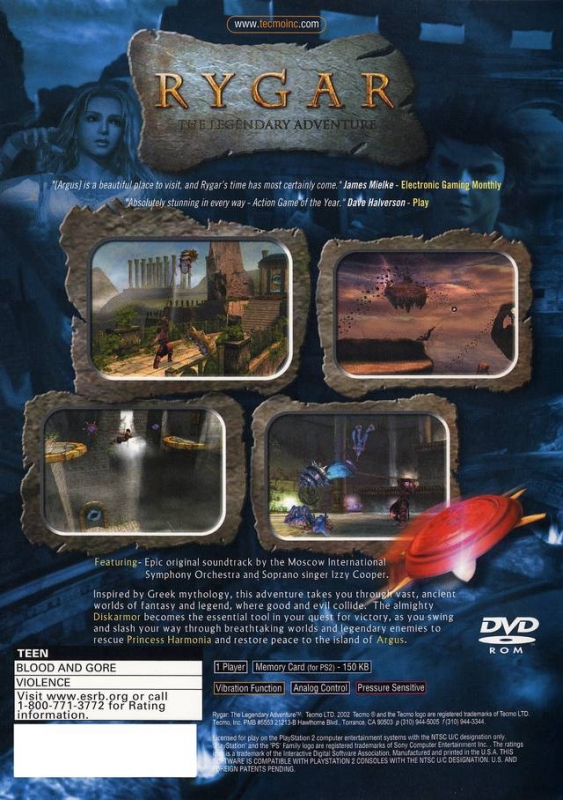 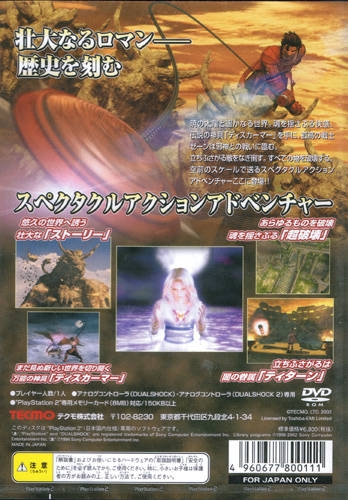 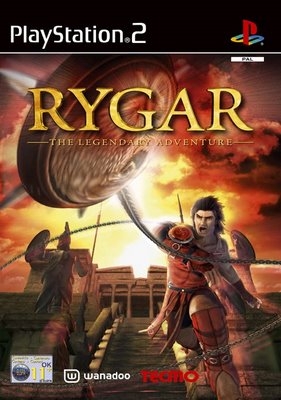 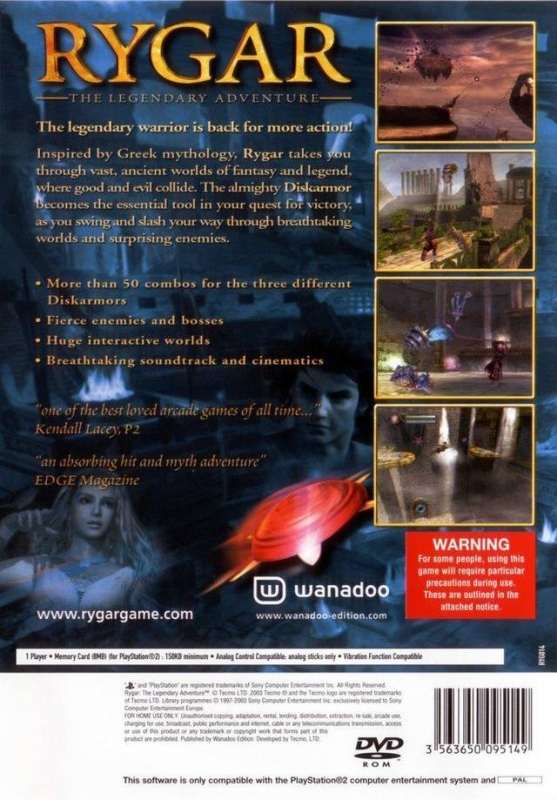 Taking place on an Island in the Mediterranean Sea called Argus, Rygar: The Legendary Adventure, tells the tale of a noble warrior determined to save the Princess Harmonia and bring the Island of Argus back to a state of peace.

For his contribution and bravery during The Great Sea Battle, which ultimately brought the Island of Argus to victory, Princess Harmonia was honoring Rygar in a magnificent ceremony. During the celebration, ravenous monsters called "Titans" emerged from the land, destroying not only Rygar's homeland, but abducting his beloved Princess Harmonia

In the midst of this chaos deep cracks were formed in the island's surface, creating a dark and mysterious underworld. Before realizing what was happening, Rygar was swallowed by this underworld.

While there, a Goddess approached and informed him that in order to destroy the Titans and save the Princess, he must depend on his almighty Diskarmor, which becomes the essential tool in his quest for victory. Armed with the Diskarmor, Rygar sets out on what will become a Legendary Adventurer . . .