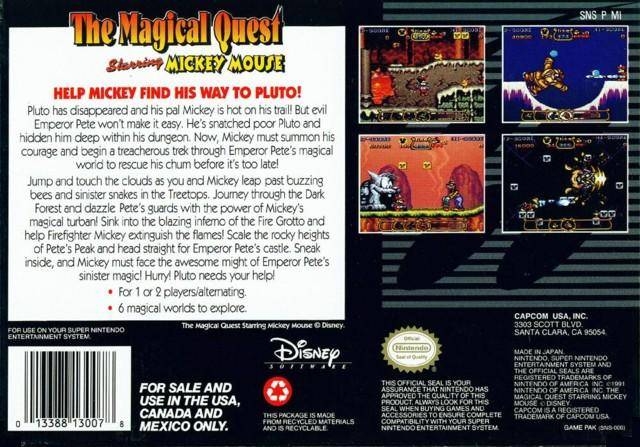 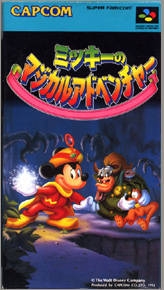 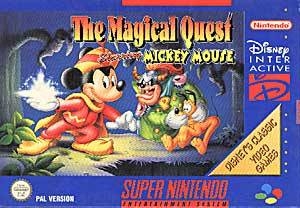 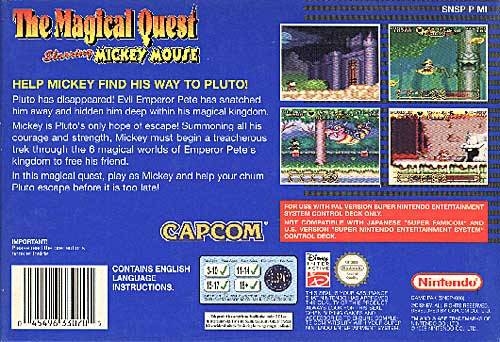 One day while Mickey Mouse and his pals are playing ball in the park, Pluto falls off a cliff and into a world of mystery and magic. Following Pluto's tracks, Mickey must walk, run, hover, duck, and jump through six levels of giant vines, strange creatures, dangerous mountains, raging fires, and other magic-enhanced hazards in order to rescue Pluto. To help Mickey in his journey, he can jump on or throw things (including stunned creatures) at his adversaries. In addition to employing these standard methods of attack, Mickey can become a wizard, a fearless firefighter, or a mountaineer. These costume changes give him the ability to release bolts of magic energy, spray powerful streams of water, and scale perilous mountains. Once Mickey acquires a costume, he can put it on or take it off any time he wishes.