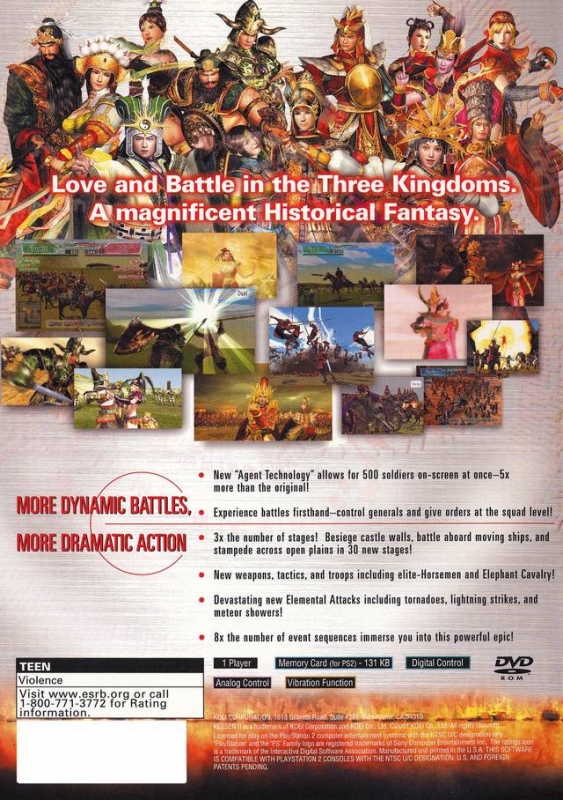 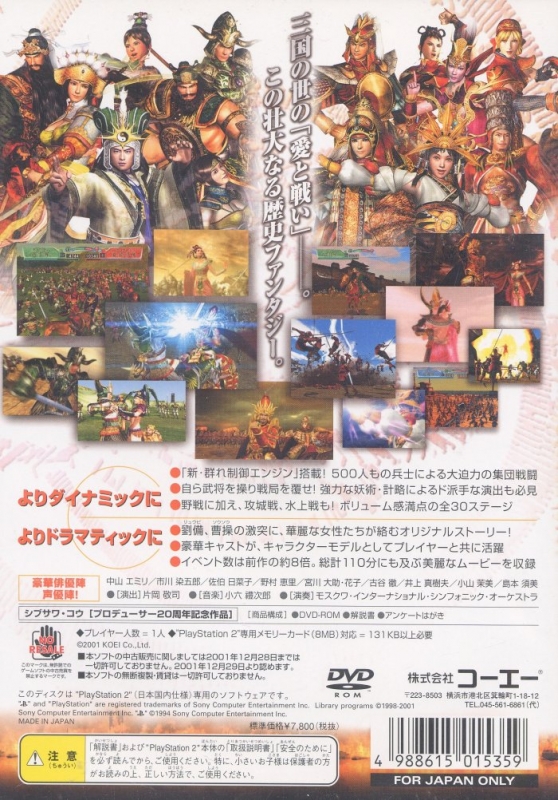 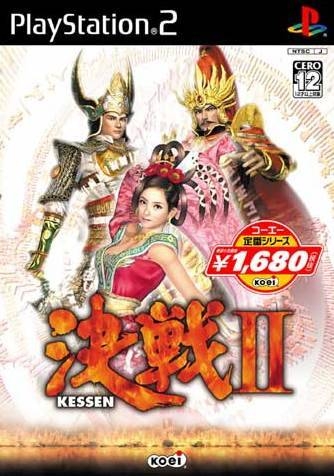 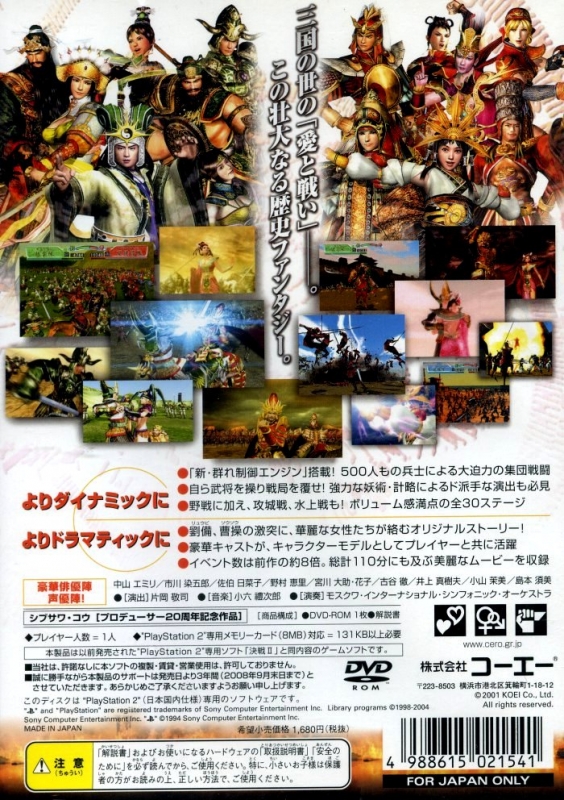 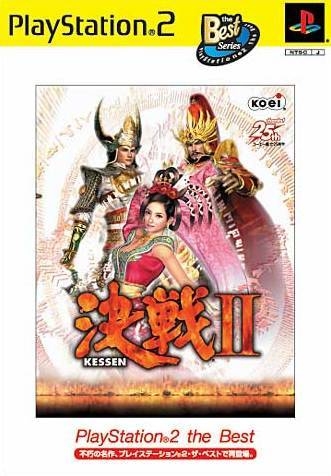 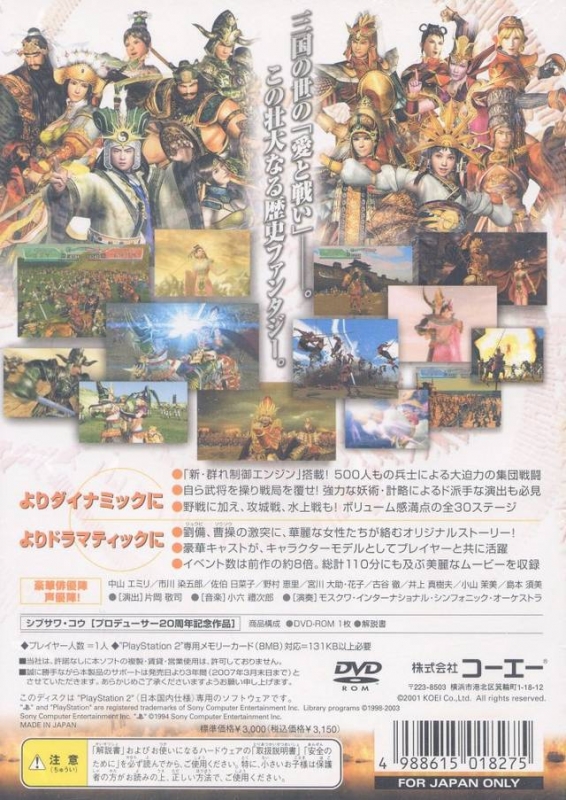 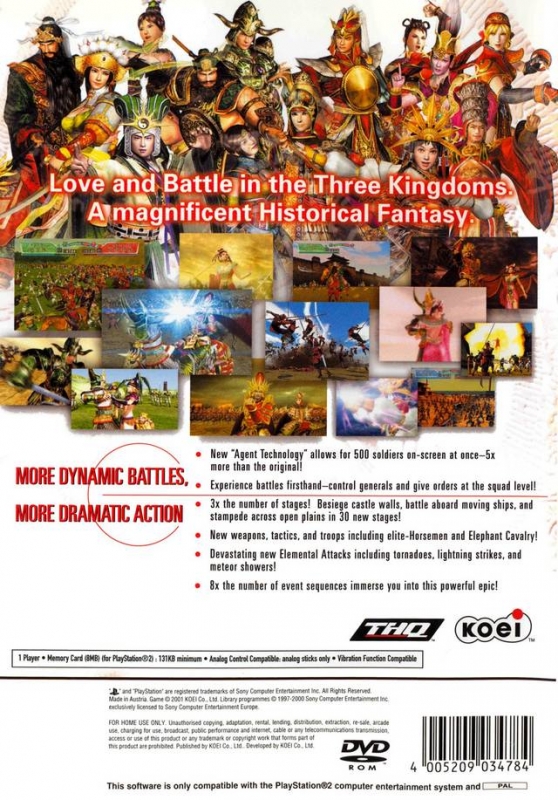 In the feudal era of China, three great kingdoms seek the throne of the Han Dynasty. Within and entrusted to their ranks are the nobles and generals who forged history in the raging battles and brilliant stratagem that crafted an empire.

Kessen II returns to the battlefields of Second Century China with a rousing and visually breathtaking strategy game that encompasses an epic with mighty power of the PlayStation 2 computer entertainment system. Legions of soldiers battle in real-time engagements the likes of which you have never seen--pushing the PlayStation 2 system even further than the stellar original, Kessen II displays 500 battling soldiers at once! The sequel also engages players with more command over their forces, giving them more realistic military formations, incredible magical attacks, and the ability to actually fight in battle as the general of your troop. The fight stretches to remarkable levels of intensity and realism, as your soldiers can now ride mounted atop horses or majestic elephants, and will engage in seafaring skirmishes and ferocious castle raids. All of the magic and mystery of Kessen return with a grand new storyline and dozens of new scenarios that will fully test your right of leadership. Will you lead the forces that will make history?