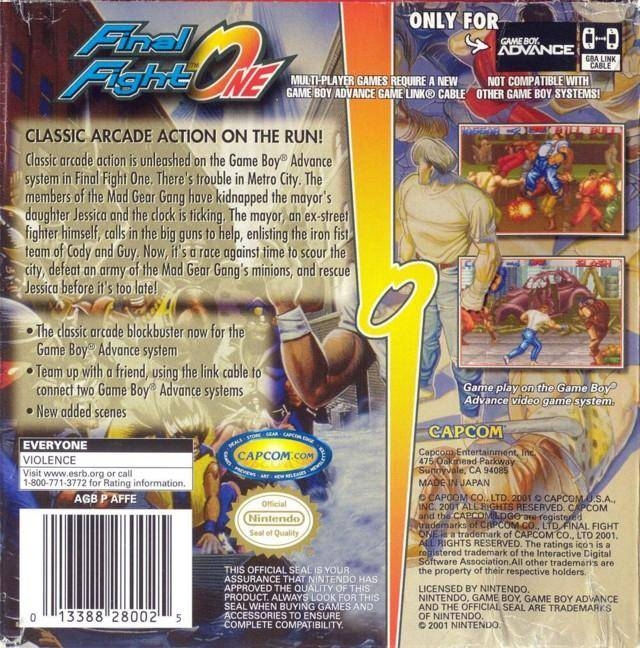 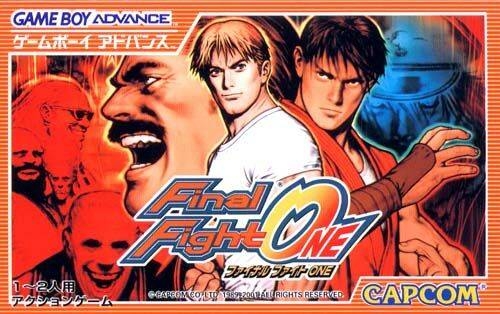 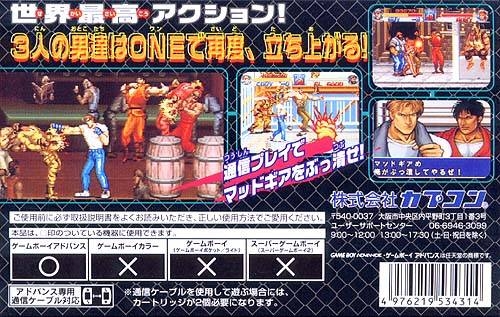 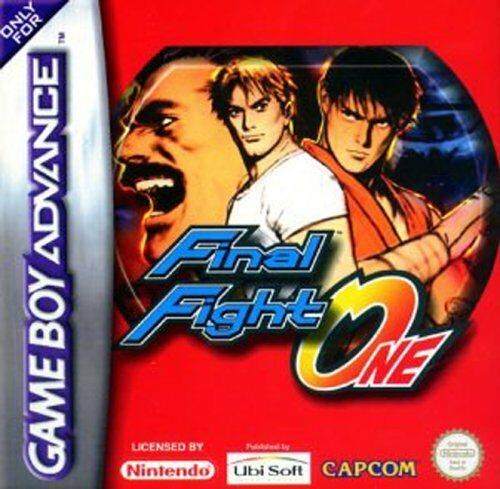 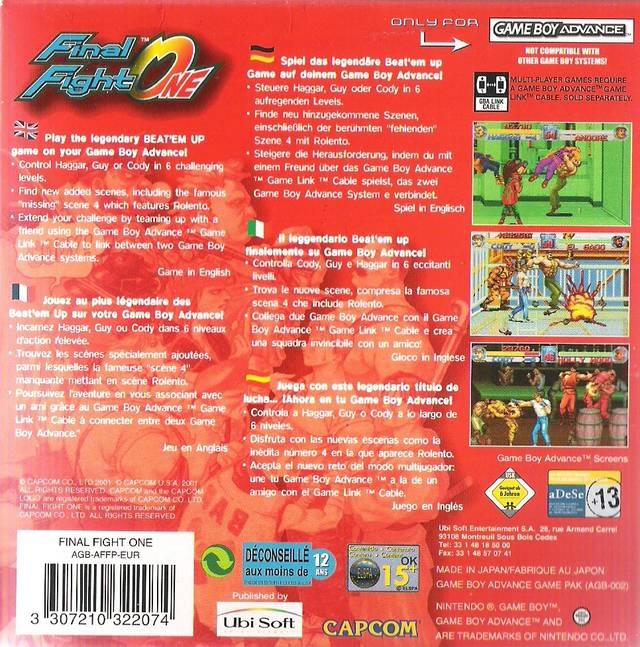 CLASSIC ARCADE ACTION ON THE RUN!

Classic arcade action is unleashed on the Game Boy® Advance system in Final Fight One. There's trouble in Metro City. The members of the Mad Gear Gang have kidnapped the mayor's daughter Jessica and the clock is ticking. The mayor, an ex-street fighter himself, calls in the big guns to help, enlisting the iron fist team of Cody and Guy. Now, it's a race against time to scour the city, defeat an army of the Mad Gear Gang's minions, and rescue Jessica before it's too late!