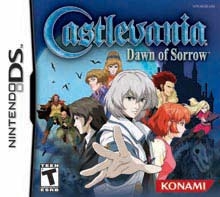 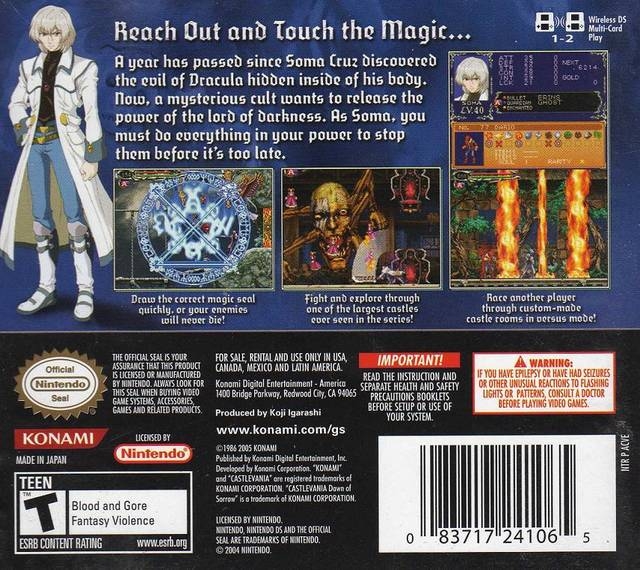 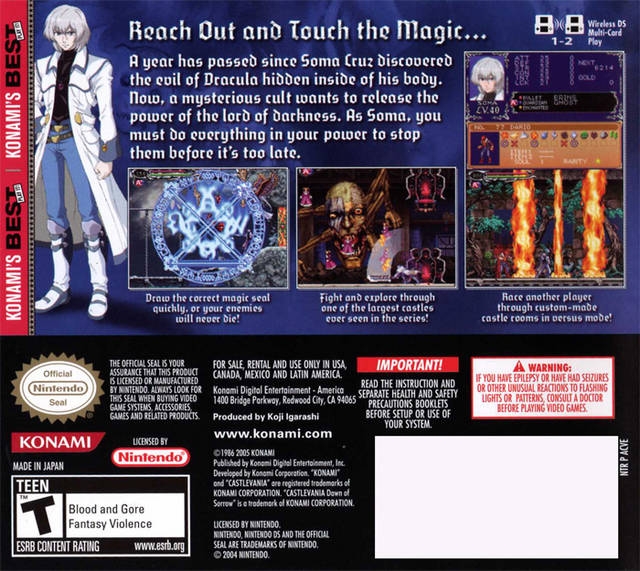 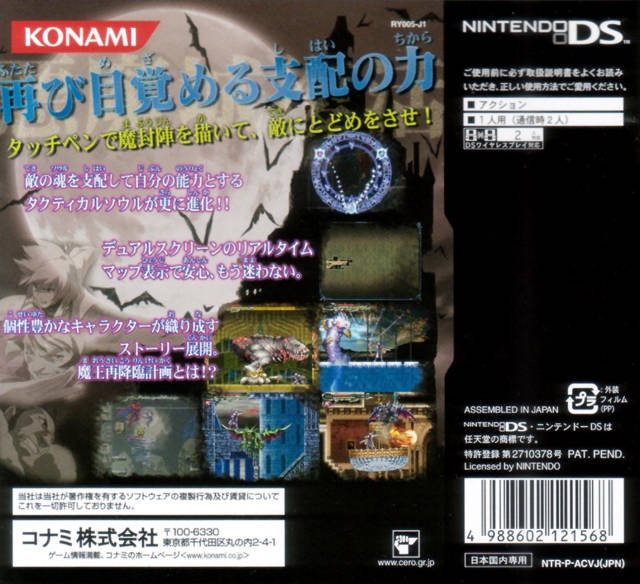 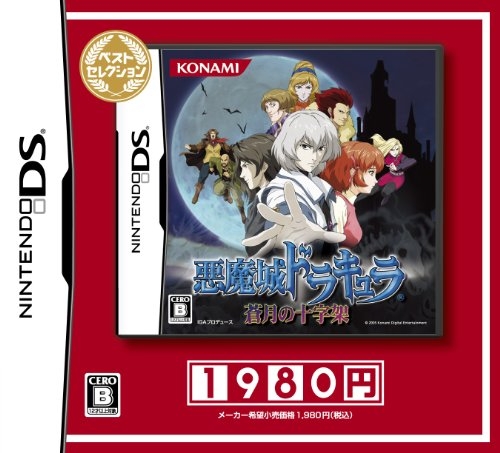 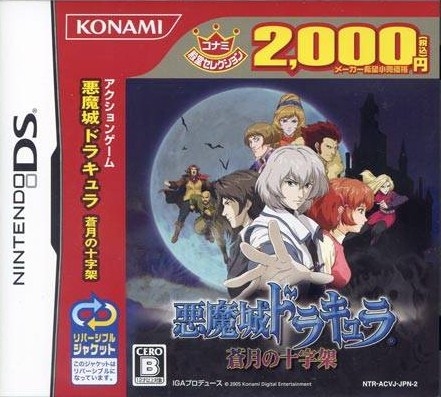 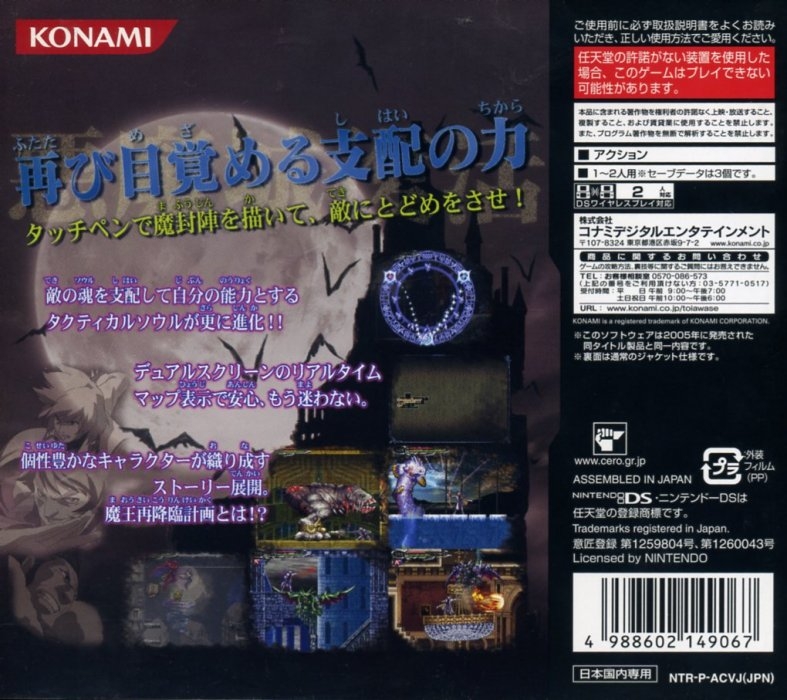 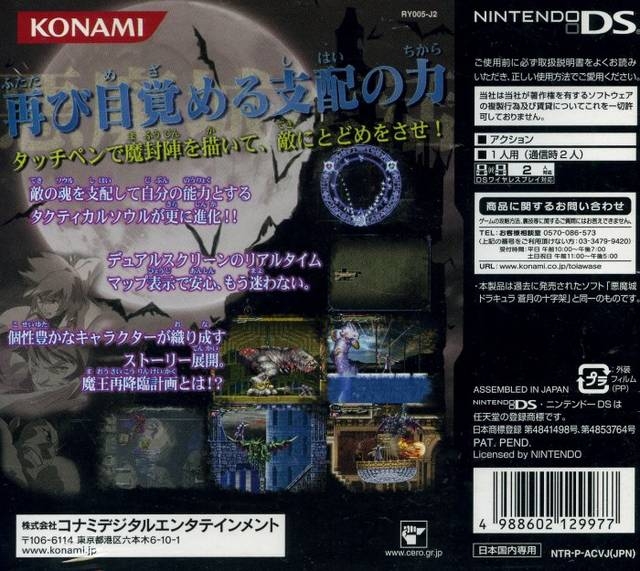 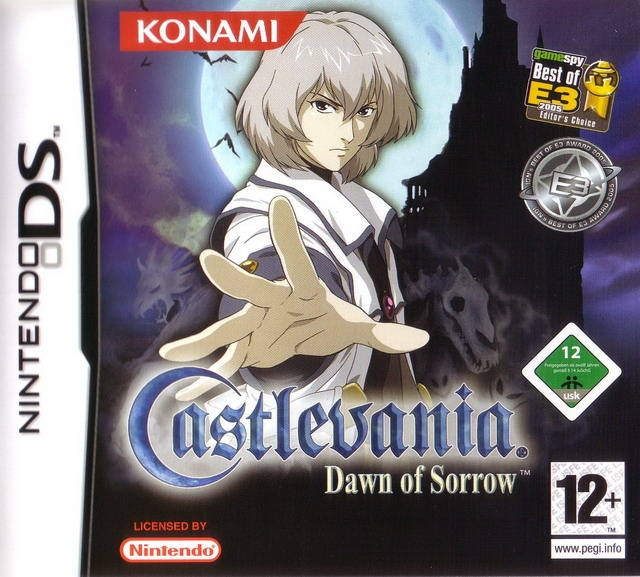 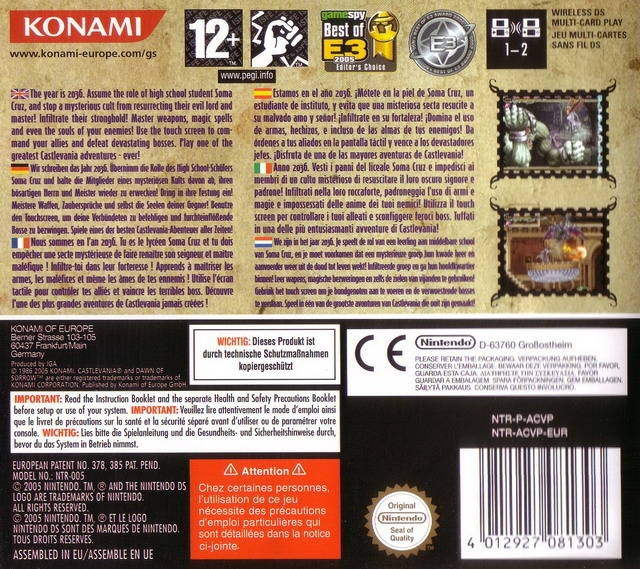 A revolutionary breed of Castlevania is coming to Nintendo's newest handheld console, the DS. Dawn of Sorrow is a follow-up to fantastic Aria of Sorrow and even boasts the same Director, so you know it's going to be ace.

Even if you've never played a Castlevania game before, Dawn of Sorrow is intriguing because of so many innovative gameplay features using Nintendo DS.

Soma Cruz is once again called to act, events occurring only a few years after those in Aria of Sorrow. Once again the timelessly compelling shadow of Dracula spurs the story on, with Soma called to infiltrate an enemy HQ fashioned after Dracula's ancient castle - complete with monstrous creatures!

Another key gameplay feature is collecting the souls of enemies to gain powerful attacks and skills. By using the wireless connectivity of Nintendo DS, you can exchange and/or trade acquired souls with friends.

In addition to the many gameplay innovations, Dawn of Sorrow has a fabulous musical score, and ornate visual style complete with dazzling special effects. Get ready to sink your teeth into a potential Castlevania classic.