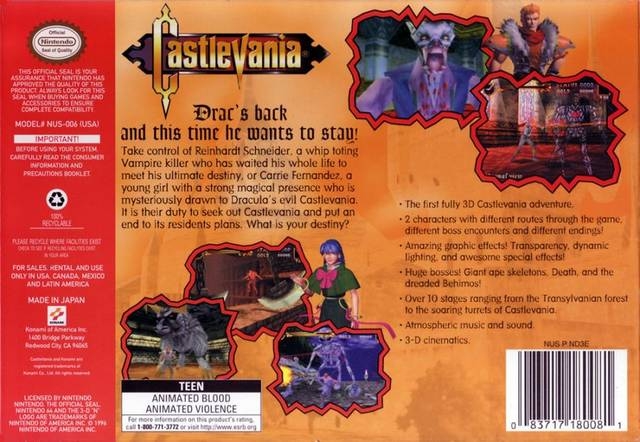 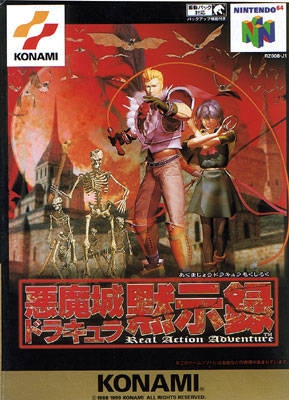 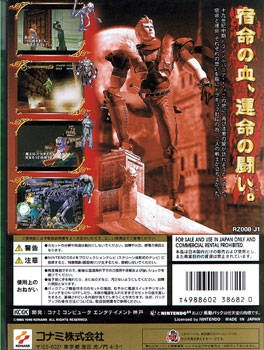 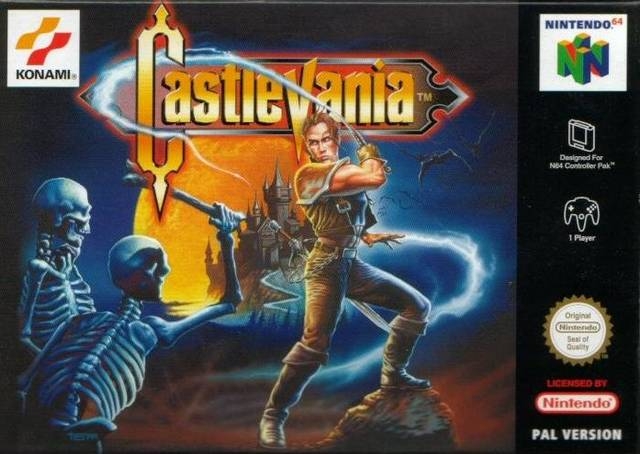 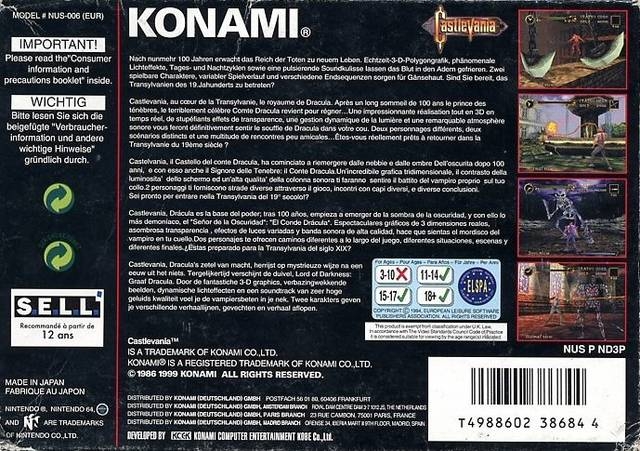 Dracula reawakens in  the year 1852, after a century of enforced slumber, as a result of humankind's descent into vice and wickedness. Two young heroes sense his return: Carrie Fernandez, a girl gifted with magic powers, and Reinhardt Schneider, heir to the ancient Belmont clan of vampire hunters. The two set out to storm the Count's castle in the Transylvanian province of Wallachia and vanquish him.