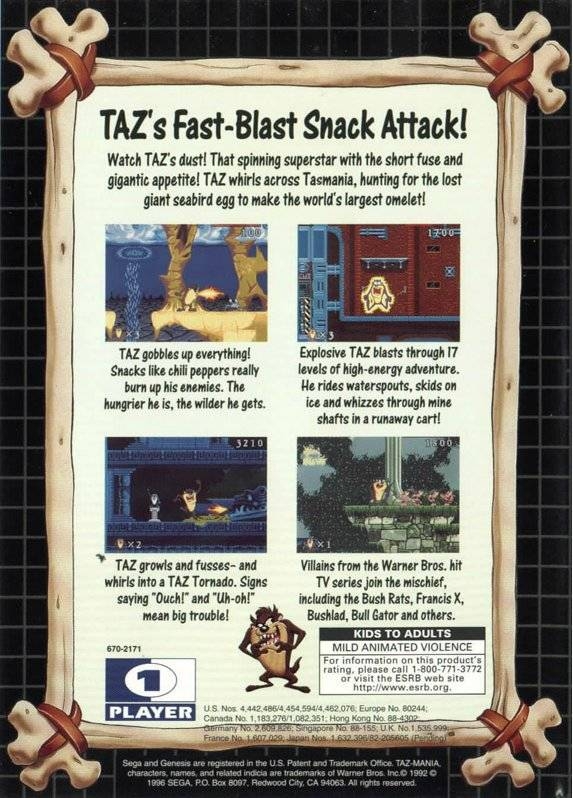 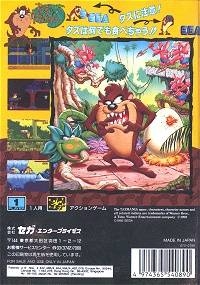 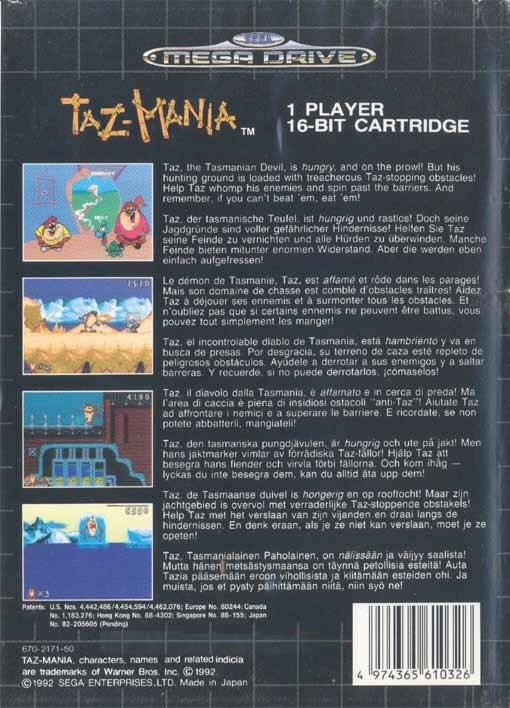 Taz-Mania: Bad to the Bone

Watch TAZ's dust! That spinning superstar with the short fuse and gigantic appetite! TAZ whirls across Tasmania, hunting for the lost giant seabird egg to make the world's largest omelet! TAZ gobbles up everything! Snacks like chilli peppers really burn up his enemies. The hungrier he is, the wilder he gets. Explosive TAZ blasts through 17 levels of high-energy adventure. He rides waterspouts, skids on ice and whizzes through mine shafts in a runaway cart! Villains from the Warner Bros. hit TV series join the mischief, including the Bush Rats, Francis X, Bushlad, Bull Gator and others.