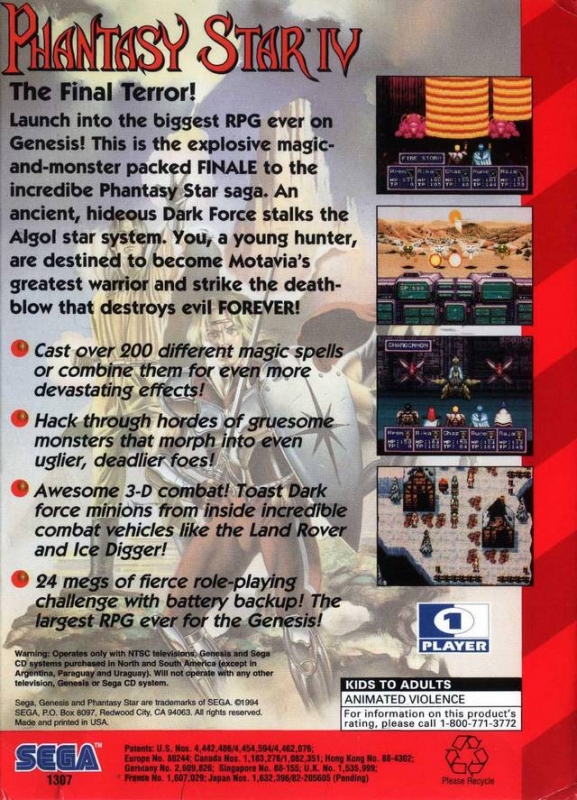 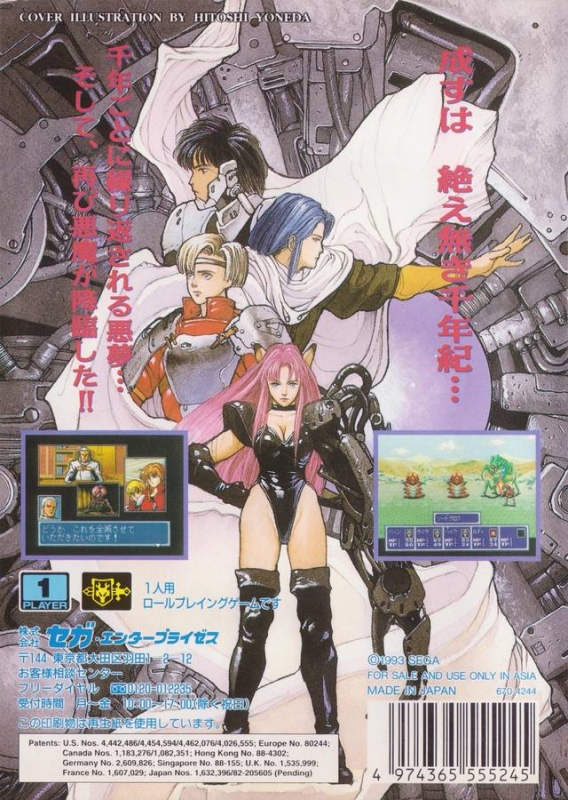 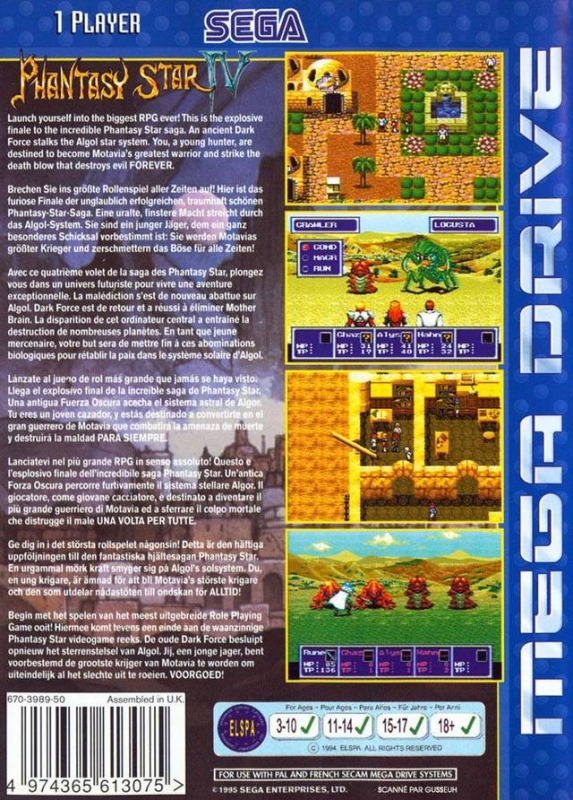 Phantasy Star IV is the fourth released game from SEGA's epic Phantasy Star series, one of SEGA's biggest RPGs on the SEGA GENESIS. In the year AW 2284, planet Motavia is once again plagued by strange biocreatures, and it’s up to the brave men and women of the Hunters Guild to exterminate them. You are Chaz Ashley, a rookie Hunter straight out of training who is supported by Alys Brangwin—a crafty veteran whose good looks and prowess with the blade have earned her an awesome reputation. These two Hunters, along with a cast of supporting characters, will go beyond Motavia to unwittingly save their entire solar system.