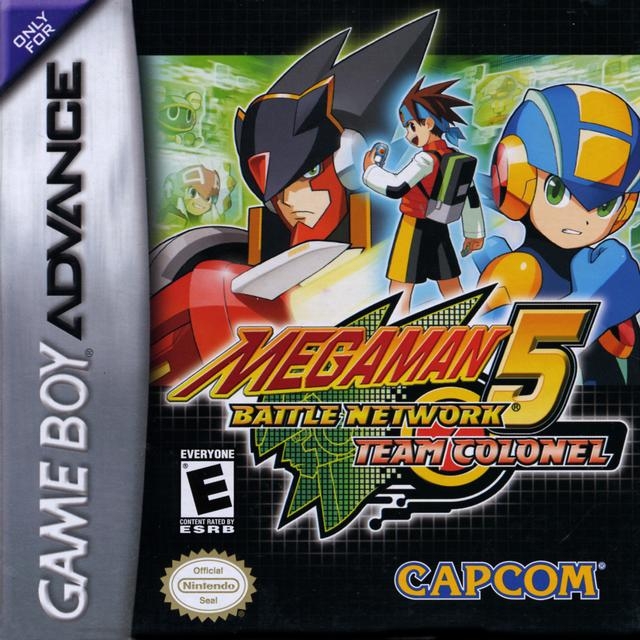 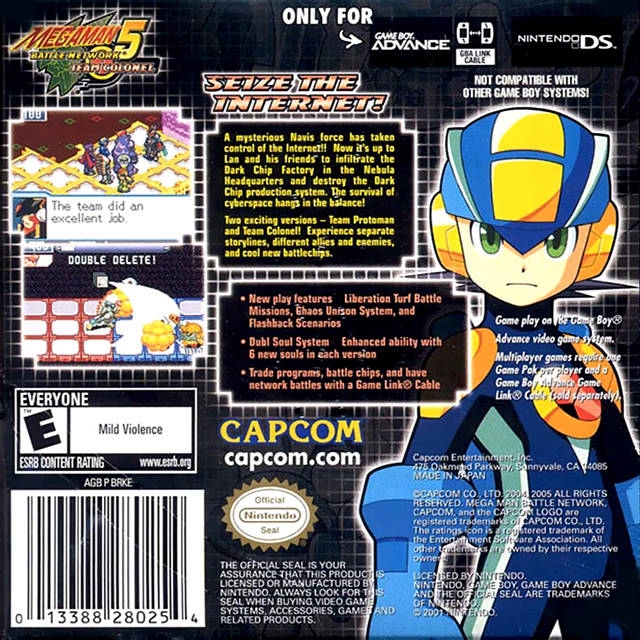 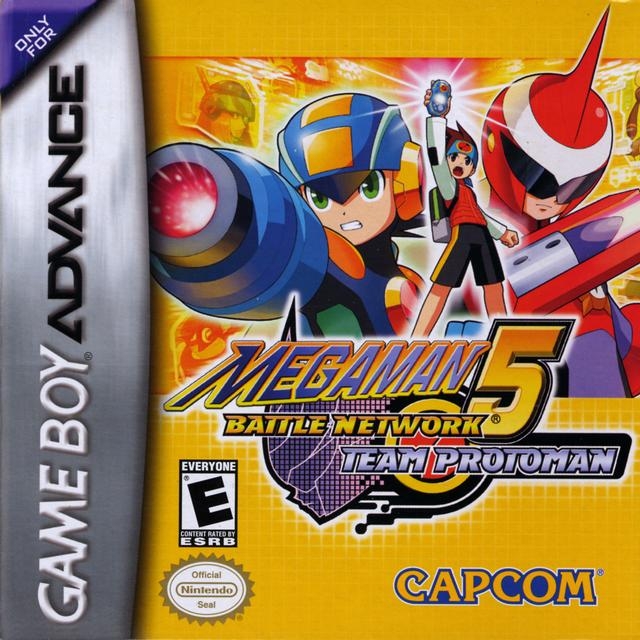 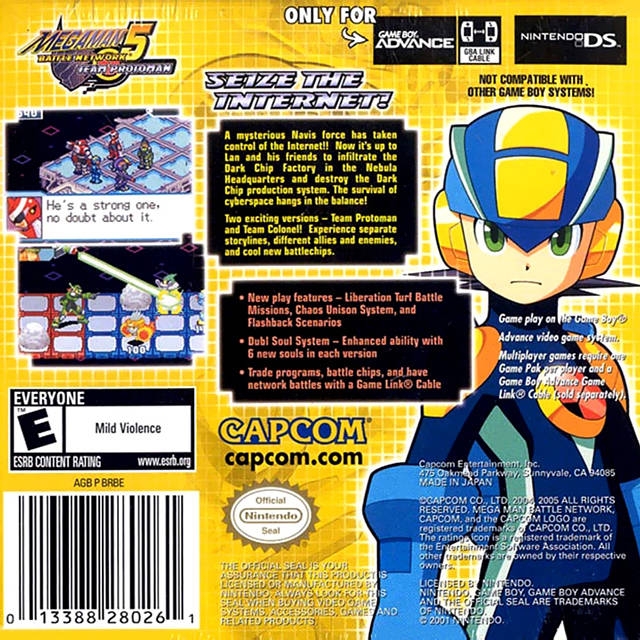 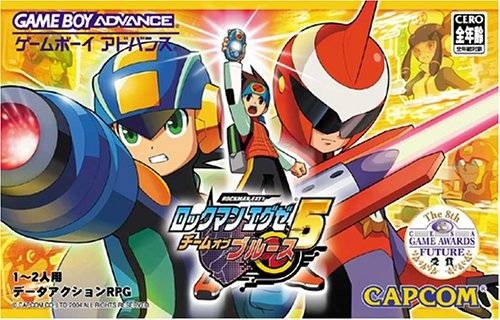 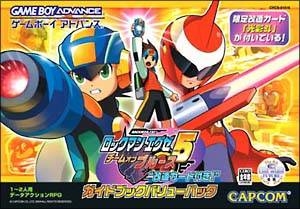 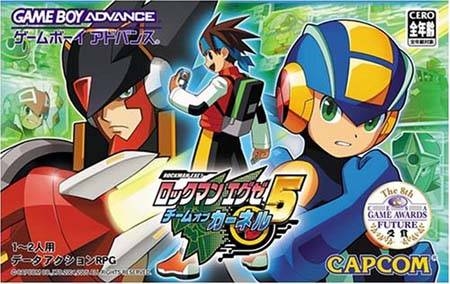 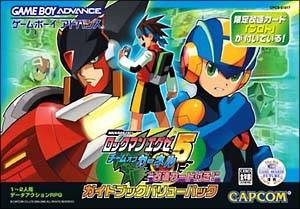 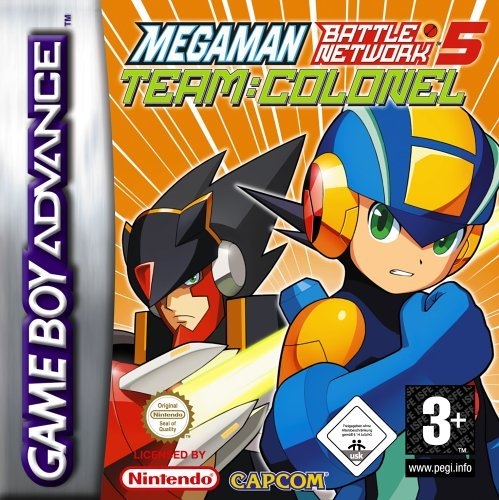 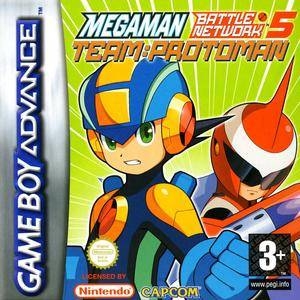 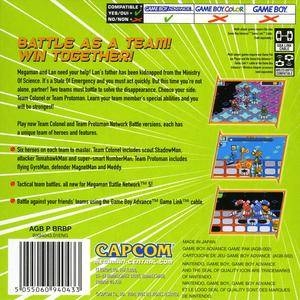 In Mega Man Battle Network 5, players must partake in an extensive liberating mission where they must defeat the cyber enemies that wait, while acquiring and using up to six Navi allies to help progress through the adventure. Each Battle Network version will have a set of specialized cohorts that can be obtained including characters from previous installments of the series. Working as a team will be crucial if you want to liberate the Nebula-controlled areas . Plug into flashbacks of stored digital data and images which will uncover information that may help resolve unanswered questions. The Soul Unison system returns, allowing players to utilize the special abilities from the opponents souls encountered in the game, enabling Mega Man to transform and use these powers during battle. Furthermore, the tempting Dark Chip will re-emerge. This attractive chip permits players to control the power of the darkness but the more times these chips are used, the more Mega Mans Net-Navis maximum hit points will dwindle.