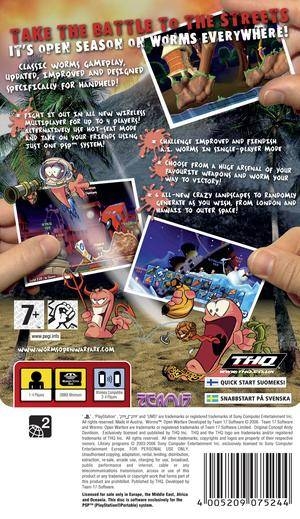 Retaining the same award-winning gameplay, unique sense of humor and clever mix of action and strategy that has epitomized the brand for almost a decade, Worms is the ideal quality gaming experience while on the move and is perfectly placed to make its debut on the Sony PSP™ and the Nintendo DS™.